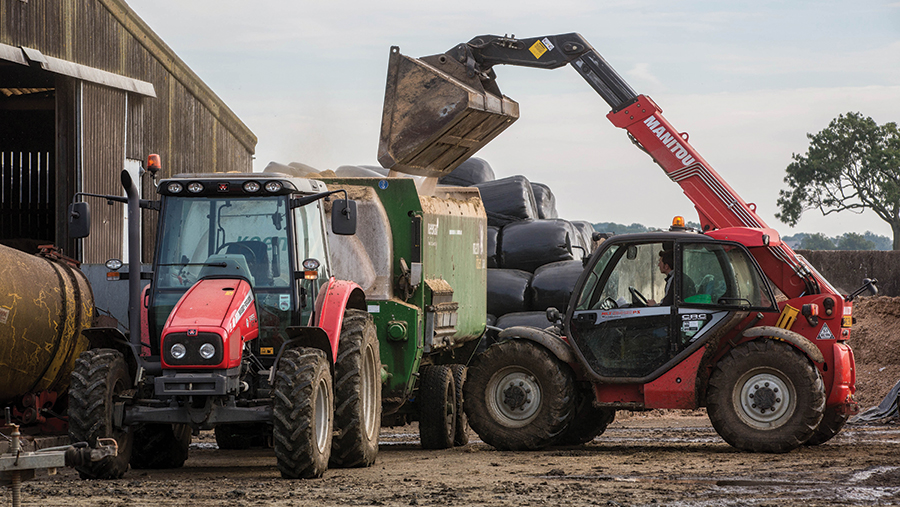 Throughout most of 2019, many ration ingredient prices have been down by 10-15% on the previous year as demand fell following good grass growing weather during spring and summer.

This has allowed farmers to hold off entering the straights market, according to Shaun Hambley, head of alternative feeds at Mole Valley Farmers.

There have also been plentiful surpluses of barley, wheat and soya after big global harvests and falling demand abroad due to the US-China trade war and the African swine fever (ASF) crisis.

Imported feed costs have been extremely low and would have been lower still had Brexit uncertainty not undermined sterling, said Mr Hambley.

Now, however, looming Brexit and other weather, trade and global political issues, have caused market traders to speculate that costs could rise in the coming months.

Bad weather has seen wheat prices climb in the past two weeks because rain has hit drilling in some areas.

Speculation of a limited crop and tighter supplies next year has pushed up wheat futures by £10-13/t in the past few weeks, says AB Agri senior trader Chris Davidson, with spot prices also rising.

A knock-on effect of the rising price has been growers with stored crop speculating further increases and holding back on marketing, further reducing supply.

The persistent rainfall has also delayed the UK maize harvest and raised concerns over the quality of some high-moisture, soil-covered crops that could deteriorate in clamps.

Another key ration energy source, molasses, has shown a sharp jump in values.

Despite falling UK production, rapeseed prices earlier in the year were under pressure after record imports of Ukrainian rapeseed into the EU and the UK.

However, this supply is expected to finish before January, after which prices could be supported by the remaining large demand.

On a global scale, longer term speculation surrounds soya, with political developments in the USA being watched closely.

With President Donald Trump seeking re-election in November 2020, some suggest he will redouble efforts to resolve the US-China tariff war to help his campaign, says Mr Davidson.

These additional efforts might result in China once again opening its doors to US soya and supplies would drop considerably forcing up prices.

Soya futures prices for late 2020 are already reacting to this suggestion and have started to climb, he said.

China’s vast appetite for meat protein could also increase demand for soya and other feeds next year as it responds to the ASF crisis by increasing white meat production.

Set against those factors which could culminate in higher prices, are potentially positive outcomes to some of the issues.

For example, if the UK remained in the EU, sterling would strengthen markedly and imports would become comparatively cheaper, says Mr Davidson.

Soya planting, underway in South America, could also go well and if so solid stocks could put pressure on prices.

Here at home the impact of the bad weather may have been overplayed and prices could ease, Mr Davidson suggests.

With all of these factors playing against each other, it could be wise to fix contracts to establish a degree of certainty and secure a known price to plan a way ahead, Mr Davidson suggested.