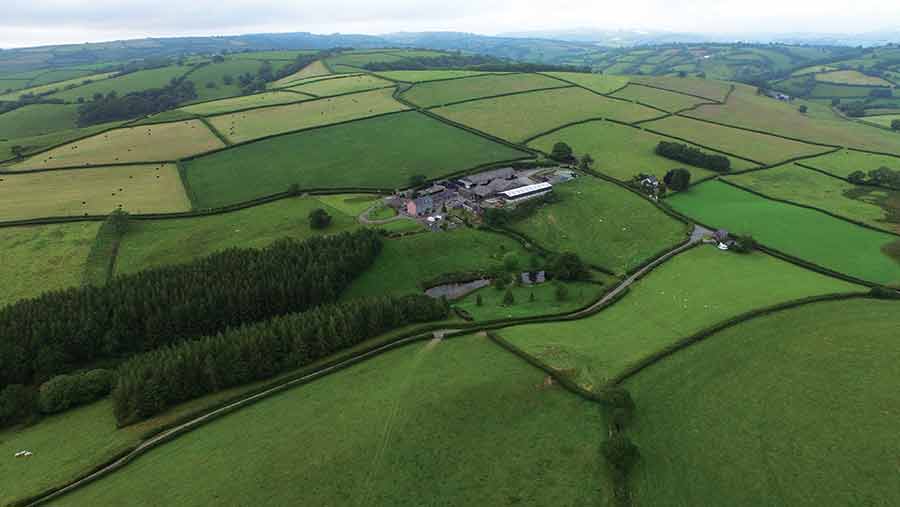 As the land market starts to warm up, the majority of farms for sale this week appear to be livestock-based enterprises.

Many of the farms are equipped enterprises and come with opportunities to add value or to renovate old agricultural buildings and farmhouses.

Farmers Weekly looks at some of what is on offer this week.

In Nantgaredig, near Carmarthen, a family-run stock farm with a modern 10-bay stock shed and 161 acres is for sale at a guide price of £1.55m.

Godor Farm has gently sloping to undulating pasture currently supporting 700 sheep and is capable of accommodating in excess of 200 cattle.

Traditional buildings include a large lambing shed and machinery stores and there is a renovated farmhouse.

A grassland farm with about 75 acres in the Vale of Clywd is to be auctioned on 29 April.

Goblin Farm, near Denbigh, is currently put to temporary and permanent grass leys, although several fields have previously been ploughed for arable and root crops.

A former dairy farm in Holsworthy with an extensive range of buildings is for sale at a guide price of £1.2m.

Currently run as a beef and suckler unit, The Barton has 82 acres of pasture in a ring fence.

Most of the farm’s 14 buildings are in good condition and include livestock housing and storage situated around a six-bedroom house and annexe.

A 30-acre block of grazing land which straddles the River Bray near Barnstaple is for sale at a guide price of £195,000 as a whole, or in three lots.

The land in the Bray Valley has a small stone and tile building used as cattle shelter, and has some double-bank fishing rights. An entry level stewardship agreement expires in July.

A 65-acre former dairy farm with Grade 3 land and development potential will be auctioned on 16 March.

Chase Lane Farm, near Wotton-under-Edge, is available as a whole at a guide price of £1.14m or in three lots.

Planning permission has been granted to convert two agricultural buildings to houses, to be set in about 12 acres with the current farmhouse.

Planning permission has been given to convert several old buildings into two homes, which adjoin a four-bedroom farmhouse.

The farm is available as a whole at a guide price £1.15m or in three lots.

The ring-fenced land at Higgins Lane Farm is Grade 3 and 4 and all down to grass with good access. Many of the large fields have water troughs and are stock-proof.

The farmhouse needs renovation throughout, and the traditional brick buildings are also in need of attention.

There are several brick and portal-framed sheds which are used for livestock housing and general storage.