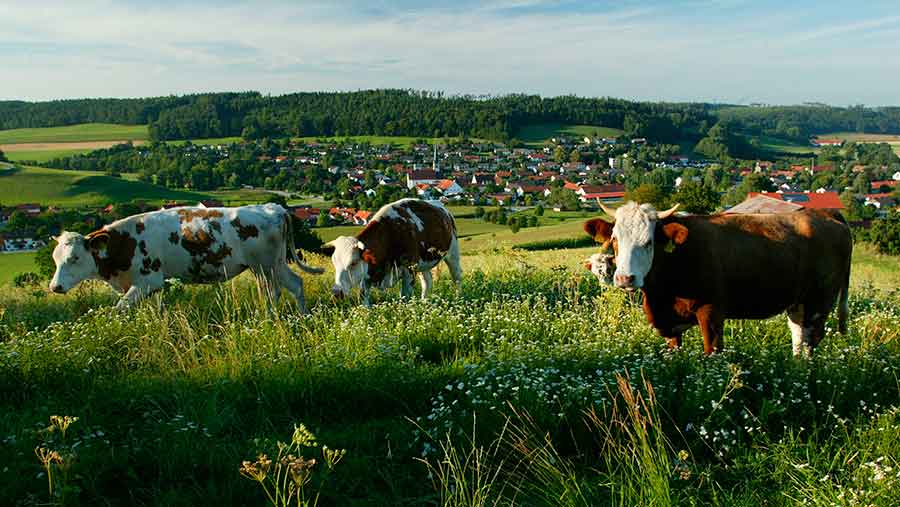 There was a 1% fall in the number of animals not due for slaughter, which were down by 265,000 head.

The fall was a result of higher cullings and fewer replacement heifers being retained, largely driven by lower milk prices last year, according to AHDB Dairy and Eurostat figures.

Lower cow numbers were reflected in European milk production, which was 0.6% below levels the previous year in the first six months of 2017.

However, the rate of cullings dropped by 2% year on year across the continent in the second half of the period, which coupled with numbers of replacement heifers aged over two years increasing by 1% and significantly higher milk prices, indicated the EU dairy herd could be firming up.

Germany recorded the largest drop of almost 60,000 head over the 12-month period, with the Netherlands reporting a fall in animal numbers of 3% (50,000 head).

Dutch cow slaughter was 30% higher in the year to June compared with the same period in 2016, as a result of a radical plan to hold on to its EU nitrates derogation by cutting phosphates.

The Irish dairy herd also reported higher numbers of heifers and calves not intended for slaughter, indicating they were likely to sustain continued growth next year, according to the levy board.