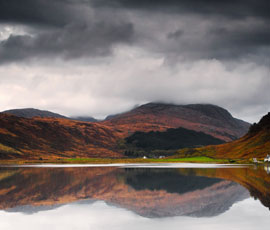 Lending from banks and mortgage companies to Scottish agriculture rose by only 0.1% in real terms during the 2011-12 financial year.

Although this figure is £56m (3.5%) higher than the previous year, in real terms the increase only equates to 0.1% – a reflection of the difficult lending conditions in the economy.

“Since the credit crunch, the fees associated with lending, and in particular overdraft facilities, have risen markedly for many farm businesses,” he said.

“With the overall inherent stability in agriculture, especially in land values, our members question why they need to pay higher fees simply to restore the banks’ own balance sheets.

“We still receive reports from our members who find it difficult to secure finance from the banking sector for new projects, and it is disappointing that with all the UK government’s statements on helping small business and increasing lending, that a sector which has been relatively robust during the recession can still find it difficult to secure the borrowing that would help it to generate jobs and drive economic growth in rural Scotland.”

The survey found that 89% of the outstanding advances to agriculture were to owner-occupier farms, while 8% went to tenant farmers, 2% to agricultural contractors and 1% to livestock salesmen.