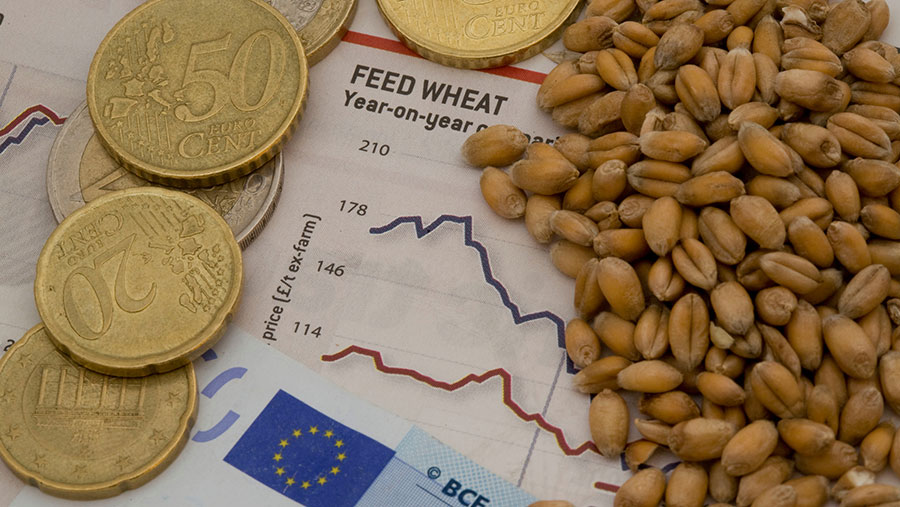 The figures are based on a combination of production volumes and prices, compiled by the EU Commission’s statistical department.

The main downward pressure on the total figure was on livestock output which across all sectors dropped by an average of 3.3%.

This was due to a 4.9% decrease in prices which was partly offset by a 1.7% increase in production volume. Within the livestock sector the major declines in prices were 5.2% for milk and 3.6% for cattle.

The impact of the falling output figures on farm incomes was reduced across EU member states by a drop in agricultural input costs.

Across the EU states fortunes varied widely. France remains the EU’s biggest farmer with an output of £62.6bn in 2016 but this represented a decline of 6.5% compared with 2015 – the third largest drop of all member states. The UK is in fifth place, producing £23.9bn worth of agricultural goods. The UK also saw a drop in total output of 3.3%.

The largest decline of any member state was Estonia which saw output drop by almost 20% (19.8%). Latvia recorded the second highest decline of 8.3%.

The highest rises in agricultural output were seen in Slovakia where production and prices rose to record an overall increase of 10.7%, Poland saw output rise by 4.6% and Hungary at 4.1%.