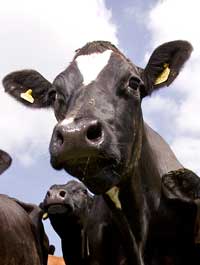 In September, few milk buyers altered their prices, although some continued the ongoing downwards trend.

Retail contracts dominate the league table, with most returning an annual average price between 25p/litre and 27.5p/litre, says DairyCo. The main liquid milk contracts then follow, at 23.5-24.5p/litre, a clear premium over cheese and manufacturing contracts, which range from 20.28p/litre to 24.56p/litre.

“The gap between liquid milk and cheese/manufacturing contracts will continue to widen, as several cheese contracts have had their price reduced in October,” said the DairyCo report.

However, none of the main liquid milk processors had announced any price changes for November. “The fact that cream prices reached a record level at the end of October – equivalent to a cream income of 9.6p/litre – which is 4.2p/litre higher than in August – understandably makes one wonder why even a small part of these improved returns cannot be returned to farmers,” it added.