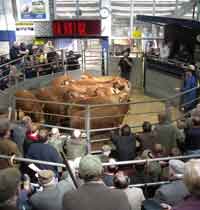 Rearing calves had also traded strongly at auction markets during September and October, said the report. “Demand for black-and-white bull calves has been firm, as abattoirs look to source dairy-bred bulls as supplies of prime cattle continue to tighten.”

Black-and-white bull calves averaged £38 a head in October – £11 up on last year. “However, prices at that time were historically low due to the loss of the live export trade following positive TB tests on UK calves exported to Holland.” Hereford bull calf prices had increased by almost 50%, with the Continental bull calf trade up by 20%, to £225 a head.