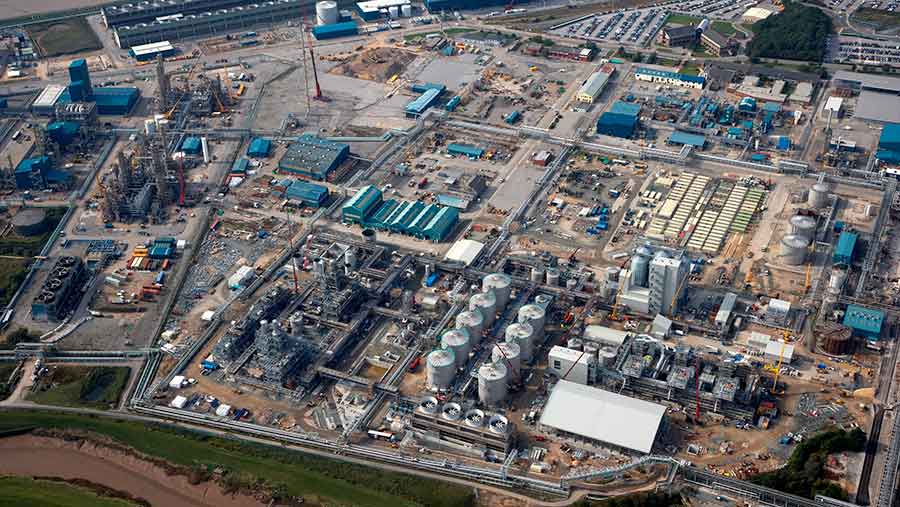 Spot feed wheat prices in the north have fallen £5-7/t in the last 24 hours following the news of the closure of bioethanol plant Vivergo.

This brings prices back to around £170/t, down from their peak of around £190/t in early August.

The November feed wheat futures price also closed down for the fourth day in a row on Thursday (6 September) to stand at £175.25/t, a price not seen since 20 July.

Vivergo managing director Mark Chesworth announced yesterday the plant would be ceasing production at the end of September, blaming the government’s lack of support for biofuel over the past decade.

High UK grain prices since the plant reopened in April will have also weighed heavily on the company’s fortunes although industry insiders note that they were already bringing in a portion of their wheat from overseas.

Farmers from the arable and livestock sectors have been reacting with disappointment to the news.

East Yorkshire arable farmer Guy Shelby said the move would be a blow to the 900 arable farmers in the area who had benefited from the premium for their product, as well as other businesses.

“There are a lot of hauliers in the area that will feel it. There will be wagons that are looking for work,” he said.

The plant produced 500,000 tonnes a year of animal feed, including distillers dried grains and other protein-rich co-products.

Vale of York dairy farmer Paul Tompkins said it was likely that prices would rise for purchases of alternative feedstuffs, such as Trafford syrup, once the plant shut down.

“We can source from elsewhere in the UK or overseas but I really enjoyed being part of a circular economy, which was also producing a ‘green’ product,” he said.

NFU combinable crops board chairman Tom Bradshaw said: “Our sympathy is with Vivergo employees who face an uncertain future as a result of the planned closure of its plant.

“Unfortunately, the biofuel industry has suffered for a number of years following government procrastination on renewable fuel policy. The private sector has invested hundreds of millions of pounds on the premise of a supportive policy, only to be let down by government back-tracking.

“E10 petrol needs to be embraced, particularly as it is a clear match for the green Brexit the government is trying to deliver. We continue to call on the government to fast-track the introduction of E10 to the UK fuel mix.”

There is speculation that the plant is likely to be mothballed rather than dismantled so that it could be reopened in the event of crop prices falling significantly.

The price falls could benefit export-focused grain traders who have until now found it difficult to be competitive overseas as the UK has pivoted to being a net importer of grain.