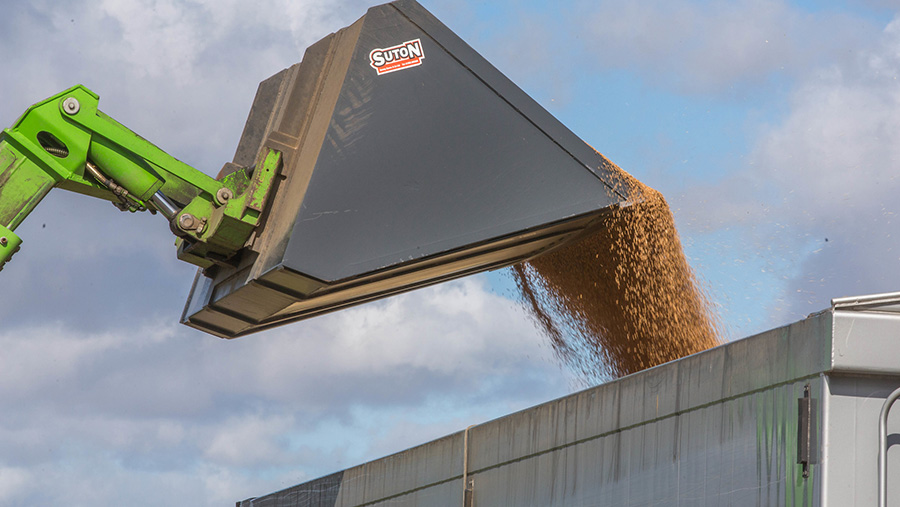 Pressure on global wheat markets has knocked values in the past couple of weeks.

The smaller, better quality 2016 crop, combined with weaker sterling, has been keeping UK wheat prices higher than in many other main producing and exporting countries in the past few months.

However, growers should not count on UK market conditions continuing to buck the global trend, traders and analysts warned.

US growers have seen their lowest wheat prices for 10 years on a heavy supply, leading to predictions that the acreage will fall again in 2017.

Canada is expected to produce its second-largest wheat crop on record at 31.7m tonnes, despite early snow and harvest concerns.

Overall quality of the predominantly high protein spring wheat crop is yet to be established.

Midweek ex-farm prices for December feed wheat were down about £2/t on average, at £131/t and ranging from £125/t in north-east Scotland to £139/t in Yorkshire.

Exports have got off to a flying start and animal feed use is expected to rise, mainly on higher poultry feed demand.

Other uses are also expected to increase wheat intake, with human and industrial consumption forecast to rise 7% on last season, if the UK’s two large bioethanol plants remain open.

Official figures show wheat exports were more than 700,000t between July and September.

This would leave a surplus of 1.139m tonnes for the rest of the season, said AHDB Cereals & Oilseeds’ report on the Defra figures.

Traders estimate that a further 300,000t will have been exported between October and Christmas.

This would leave a potential further 800,000t for export.

Gleadell Agriculture managing director David Sheppard said that given the availability of wheat globally and the UK’s less competitive position, that could be a real challenge.

“New crop wheat is worth £10/t less than old crop, so there is no incentive to carry it over, so carry-out stocks should be low at the end of this season,” he said.