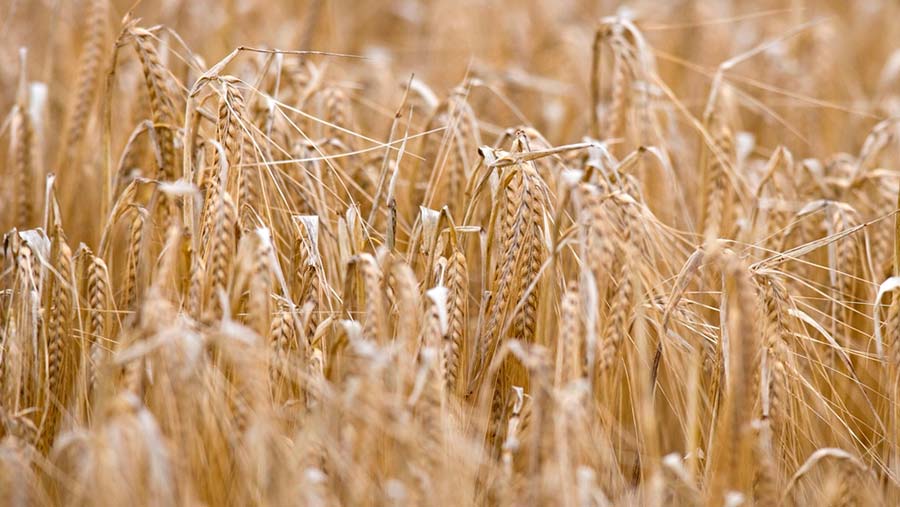 Malting barley growers who manage to hit spec this season stand to cash in with premiums over feed running at a seven-year high due to a lack of quality barley on the market.

Premiums have surged after a difficult year, when the wet spring delayed planting and a dry summer delayed fertiliser uptake, lowering yields and increasing barley nitrogen levels beyond the level maltsters allow.

AHDB data shows the premium for the week ending 4 October was £47.60/t, the biggest gap between the two prices since 2011.

With feed barley this week trading at £166/t (5 October), that would put malting barley values for those able to take advantage of the full uplift at more than £213/t.

It is unlikely that many farmers will have a huge amount to trade on the open market, as contracts seemed favourable in the spring and, with lower yields this season, uncommitted surpluses are likely to be small.

Herefordshire farmer Ally Hunter-Blair has seen spring barley yields hit by 35-40% on his farm near Ross-on-Wye this season after a late planting and harvest about two weeks earlier than normal.

“We normally achieve 3t to the acre, but this year it was more like 2.3t,” Mr Hunter-Blair said, explaining that on-farm testing of the crop showed nitrogen levels were averaging 1.83-1.9%.

He sent his first load of forward-sold spring malting barley off this week to Burton-on-Trent brewer Molson Coors at a price similar to the current feed price.

Molson Coors, which produces Carling, the UK’s best-selling lager, has relaxed its nitrogen limit from 1.85% to 1.9% this year, albeit still with a penalty for crops over 1.85%. Mr Hunter-Blair said this came as a relief, although he is still waiting for final confirmation that his crop has made the grade.

However, a portion of the crop in the shed remains uncommitted and he said it is likely to be the profit for the total crop this season, which he intends to trade before the end of the year.