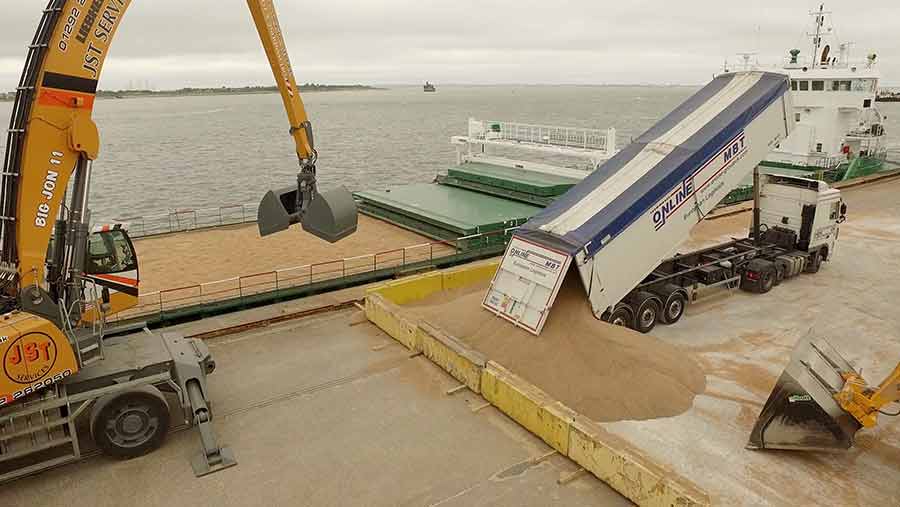 Glencore Grain UK loaded about 4,400t of feed wheat last week, sourced from more than 30 farms in the area. The shipment marks the first grain exports from the Thames Estuary port for an estimated 40 years.

The Arklow Falcon was loaded at Peel Ports’ new facility and is bound for Ireland. The operation opens up a logistically easier route for grain exports than to some of the other south eastern ports which often involve a time-consuming and unpredictable M25 journey and Thames road crossing.

Peel Ports has converted a warehouse previously used for paper storage and which can take 2,000t of grain.

About 300t of the first shipment came from grower Adam Wise of Whetsted Farms, near Paddock Wood. “The haulage should be cheaper than to other ports north of the Thames,” he said. “In theory that ought to give us a better price.”

“Kent and Sussex are relatively isolated from the main grain supply regions of the eastern counties, which makes a local export facility even more important,” said Mr Maw.

The south east region produces an estimated 2m tonnes of wheat a year, along with 240,000t of barley. The UK is expected to export approaching 3m tonnes of wheat in the current season – one of the biggest totals in history, despite challenging trade conditions.