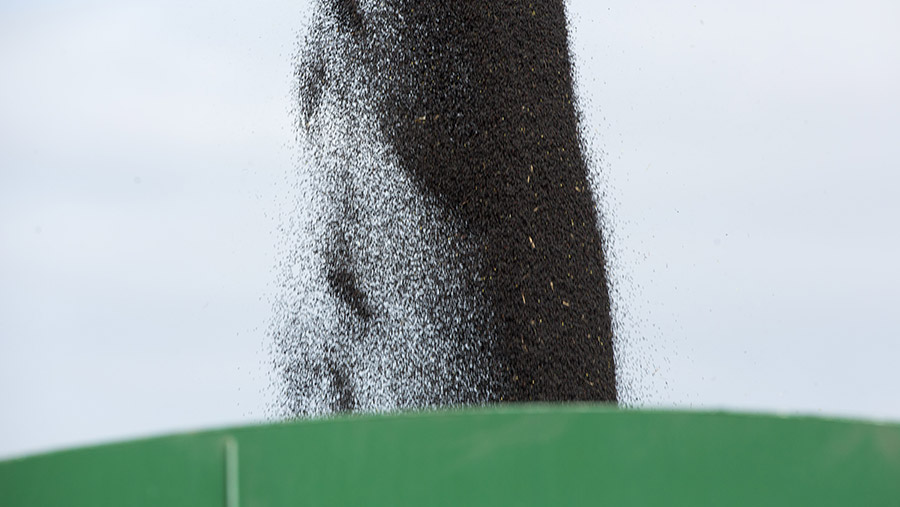 See also: How does tax averaging work for farmers

The oilseed rape market is also influenced by crude and other oil prices, and with the US-China trade war ramping up again this week, this kept a lid on any further price rises.

David Whyte of United Oilseeds said there was a typical start to trading today, with markets down slightly.

With the weekend coming up, he said traders would probably not look to take speculative positions as volatility was increasing as harvest progressed and more yield information came in.

In grain markets, harvest pressure was keeping feed wheat prices at an average of £133/t for August and between £129-£141/t around the regions.

Full-spec milling wheat was at an average premium of £17/t over feed values, while feed barley was between £117/t and £120/t ex-farm and averaging £118/t for August movement.

In London the November feed wheat futures contract stood at £146.25/t at midday, the same as its Thursday close, while the May 2020 contract was at £152/t.