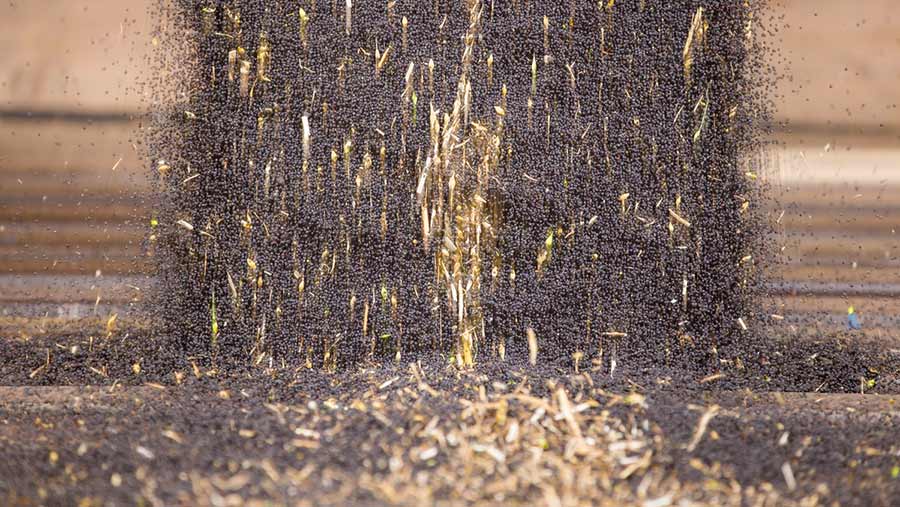 Oilseed rape prices continue to rise as global soya bean demand looks set to outstrip production this year and next.

Harvest values rose by about £6/t to an average of more than £263/t ex-farm in the week to Wednesday (11 May), with November at about £10/t higher than harvest prices.

Most of this rise followed the release of the US Department of Agriculture’s (USDA) first forecasts of global crop supply and demand for the next crop year.

These predicted the world to produce just over 66m tonnes of oilseed rape, (down from 68m tonnes last year) with the drop mainly accounted for by lower Canadian plantings.

See also: How to put the profit back into oilseed rape growing

Soya bean production estimates for Brazil and Argentina in 2015-16 were reduced compared with last month’s estimates and while world production is seen rising by more than 8% next year, demand is forecast to rise by almost 10%.

It is a more bullish outlook Owen Cligg, trading manager at United Oilseeds

US production is set to fall to 103m tonnes compared with 107m tonnes and while production in China could rise slightly, that rise will be dwarfed by the likely increase in demand there.

Recent flooding in Argentina has slowed harvest progress, with a knock-on effect on supplies to Europe and elsewhere. Adding to the price pressure, palm oil supplies are tight.

Helen Plant, senior analyst with AHDB market intelligence sounded a note of caution over the forecasts for 2016-17 – while South America accounted for more than half of world soya bean production, planting of the 2016-17 crop would not start until autumn.

A good export programme from the UK means there is relatively little old crop left uncommitted, with spot prices here up by more than £10/t on average over the week to Wednesday (11 May) into a range of £278-£281/t ex-farm.

Although export interest had dropped over the past couple of weeks, UK crushers had come back into the market, said Owen Cligg, trading manager at United Oilseeds.

With issues for the Polish and the UK crops, the 2016 EU oilseed rape harvest was set to drop below 22m tonnes, compared with more than a 22m tonne in 2015. “It is a more bullish outlook,” said Mr Cligg.

However there were potentially opposing factors influencing the market.