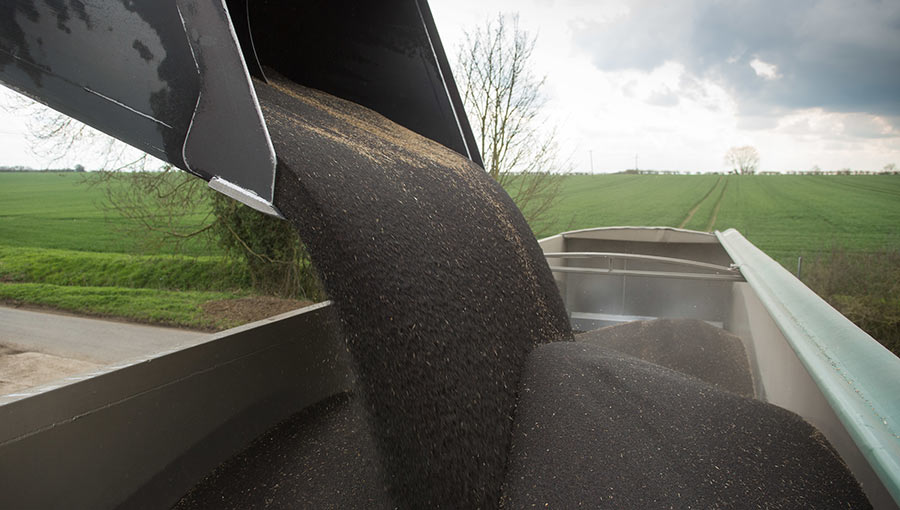 Oilseed rape values have dropped by £10/t over the past two weeks, following a drop in the French oilseeds market and a strengthening of the pound, which makes the UK less competitive on exports.

The drop in the French market is in part down to the temporary closure of a big biodiesel plant in France because of strike action.

As a result, some French oilseed that would have normally been destined for the plant has instead been traded in to the UK.

However, other bearish factors include the arrival on the EU market of canola imports from Australia, along with falling demand from crushers, as many have switched from rapeseed to cheaper soya beans from the US.

As the weather gets warmer, less rape methyl ester (RME) is also needed in biodiesel blends, which puts further pressure on prices.

Traders report the market is relatively quiet at these prices, with farmers in no rush to trade.

Owen Cligg, trading manager for United Oilseeds, said while most UK stores have been emptied, it is thought there are still some reasonably sized stocks of OSR on farm that farmers have been holding on to in the hope of a price rise.

“The highest rapeseed has got to is about £330/t, while wheat has been up to £190/t and people generally like to think the rape price will be at least double the price [of wheat], but that’s not necessarily been the case this season,” said Mr Cligg.

It is anticipated that the EU 2019 harvest will be down because of poor establishment in France and Germany, but the consensus is that it is too early to get a clear picture of harvest 2019.

“Our current estimate is that the UK crop could be about 10% down on last year, but that could well increase if we see a bit more cabbage stem flea beetle damage,” said Mr Cligg.

“I’m not sure whether this warmer weather will be a help or a hindrance.

“While it may start things moving, if the crop gets away and then is hit by another cold spell, then it is not going to do it a lot of good.”

According to AHDB analysis, unless there are major weather problems that affect new crop production, the main driver for the domestic market over the coming months will be the fluctuating value of the pound.

“Should a favourable Brexit deal be negotiated and agreed, the value of the pound could be expected to increase, potentially further pressuring UK rapeseed prices.”

AHDB suggests the EU market is likely to become increasingly focused on conditions in countries such as Romania and Ukraine.

If EU production does end up at a multi-year low, it is estimated that three quarters of the EU’s import requirements can potentially be fulfilled by Ukraine.

This could affect the basis and pricing structure of the whole European rapeseed market, with Paris oilseed rape futures becoming less tied to EU supply and demand and more closely aligned to price movements in Ukraine.