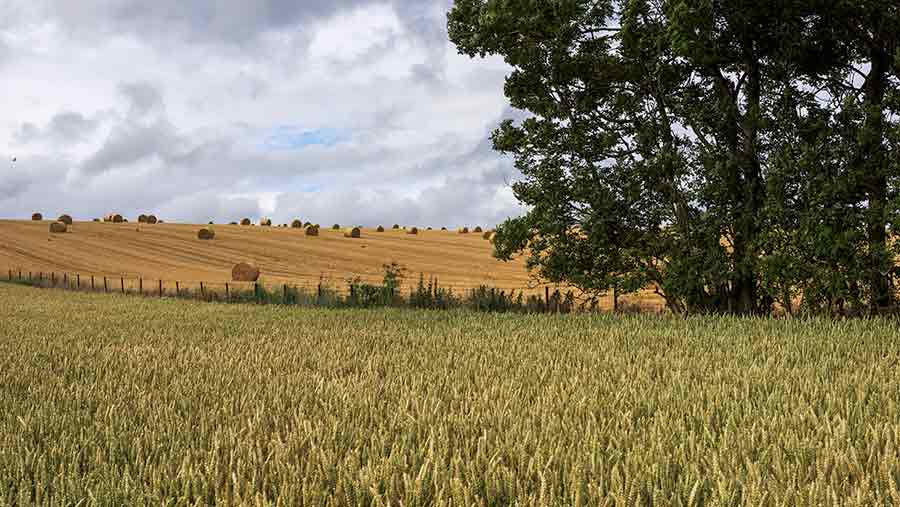 The 2016 Scottish cereal harvest is estimated to be 11% lower than last year, according to final figures from the Scottish government.

Scottish farms produced 2.8m tonnes of cereals this year, including 1.6m tonnes of barley and 900,000t of wheat – but overall this was 5% less than the 10-year average.

The fall in production was down to an 8% fall in yields and the total area of land sown with cereals being 3% smaller than last year, said the report.

“There had been no catastrophic weather responsible for this, just a series of less-than-ideal factors affecting the seed-bed, growing conditions and the final harvest,” said the report.

Yields averaged about 6.4t/ha and ranged from 5.4t/ha for spring barley to 8.4t/ha for wheat.

Only oats saw positive results, with the crop topping 200,000t for the first time since the 1970s.

Oilseed rape had a particularly poor year, with yields averaging about 3.3t/ha, resulting in the lowest production since records began in 1992, at 102,000t.

The results come from a survey of more than 600 cereal farms across Scotland.