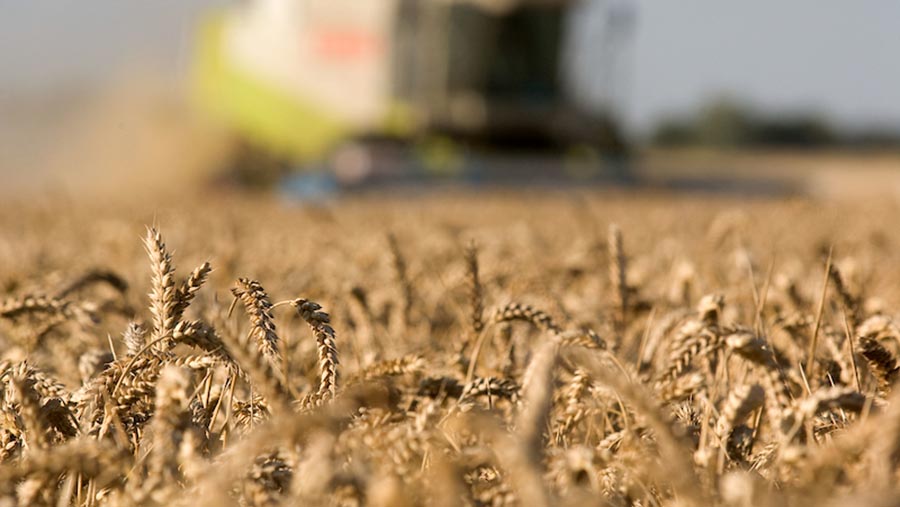 Grain markets have been on a roller-coaster ride over the past couple of weeks, with November wheat futures soaring to a contract high of £147.75/t on 20 June before dropping back.

This rise and fall has been primarily driven by global weather changes. Drought has affected Europe and much of the US, sending international futures higher before cooler, wetter weather in the EU alleviated immediate concerns.

See also: Rough weather in Europe and US pushes up grain prices

“New-crop prices have led the way this week, which has supported old-crop, which appears to be evenly balanced,” said Cecilia Pryce, market analyst at Openfield.

However, with harvest under way across Europe (about 10 days earlier than usual), all eyes are now on yields and quality.

“For the moment, quality is satisfactory with high test weight and protein levels,” said a report by French analyst Agritel.

However, FranceAgrimer recently cut its soft wheat rating from 74% good-excellent to 68%.  In addition, crops in Russia and Ukraine have suffered from wet conditions, with only 30,000ha harvested so far in the former, compared with 250,000ha at the same time last year. Early figures there indicate a 10% drop in yields.

In the US, spring wheat ratings have plummeted due to hot weather, with only 40% judged good-excellent against 72% at the same time last year. This has sent Minneapolis futures close to a three-year high.

However, conditions in the east and Midwest remain fine, and winter wheat harvest is progressing in good fashion, with long-range forecasts looking favourable for the developing maize crop.

According to Rob Munro, marketing director at Fengrain, UK feed markets may be a bit vulnerable: “The last time we had this exchange rate, the market was £10/t lower than today,” he explained.

But the recent hot weather may have affected milling wheat quality across the UK and France, potentially supporting milling premiums.

Nominal new crop premiums for full-spec Group 1 varieties are pegged at about £15/t over feed – well above old crop premiums of about £5/t – and that could widen if quality suffers.

As there is less wheat in the ground than last year, the UK is set to be a net importer again this season – but there is plenty left to sell, says Mr Munro.

“In a normal year, a farmer might have sold 50% by now, but it’s nowhere near that today.”