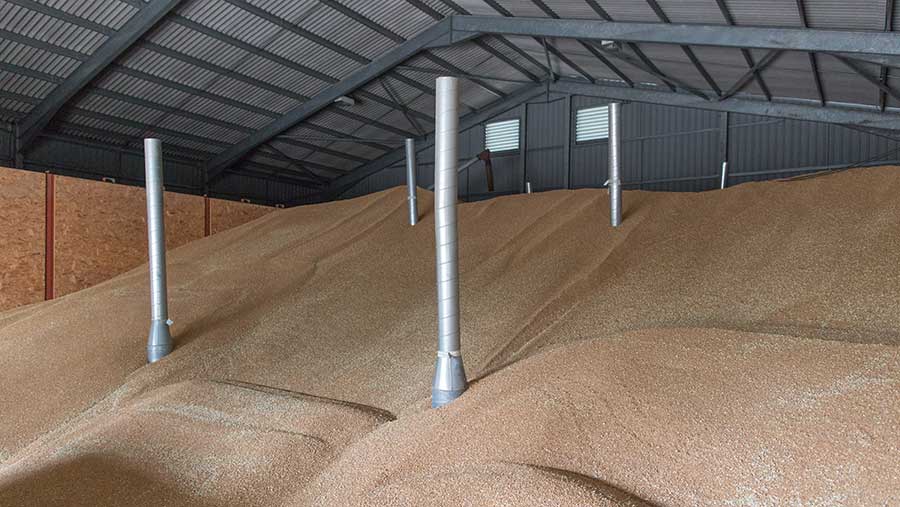 Grain prices have slipped further through the week as traders react to a growing surplus of wheat on the market and talk of an increased cropping area next season.

Average UK spot feed wheat prices today (26 October) stand at around £163/t, with lows of £159/t in the East Midlands, Cambridgeshire and Bedfordshire, and highs of £170/t in Shropshire and Cheshire.

Fears of tight supplies earlier in the season have vanished after the closure of the UK’s entire bioethanol industry for the foreseeable future, with Ensus this week following Vivergo’s September shutdown announcement.

Earlier this month breadmaker Hovis removed a slice of demand from the flour market by announcing the long-anticipated closure of its milling factory in Southampton, which accounted for 10% of the UK’s entire milling wheat capacity.

Managing director of Saxon Agriculture Mark Smith said in a trading note that UK wheat had been the worst performer this week on the markets, falling by £8/t relative to the European Matif index and £6/t to Chicago.

He said this was due to the rapid UK winter planting progress and general economic gloom, as well as the effect of the Ensus closure.

An open autumn has given growers plenty of opportunities to get drilled up, despite many holding back due to the late germination of blackgrass.

The Nov 2019 price fell to its lowest level since June yesterday (25 October) at £159/t, putting the spot and futures market at parity for the time being.