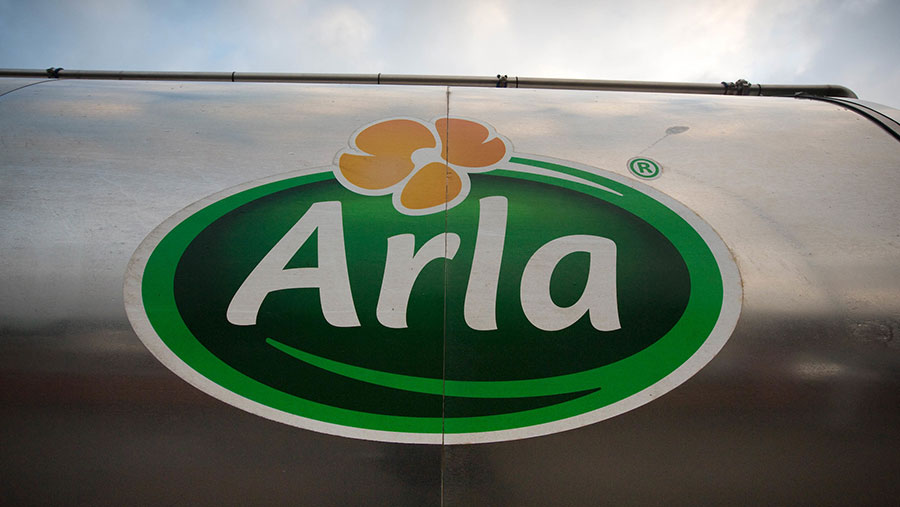 The Arla milk price for September will remain unchanged as the industry waits to see the final impact of the drought on European milk volumes.

Arla’s standard manufacturing litre with a constituent content of 4.2% butterfat and 3.4% protein will remain at 31.38p/litre through next month.

For ease of comparison the processor’s liquid litre will be worth 30.16p/litre to Arla’s 2,400 UK dairy farmers.

The hold maintains Arla’s highest price of 2018 for another month and offers an indication that other milk buyers may follow suit in the next few weeks.

“There is no doubt that the weather is causing some significant challenges for our farmers,” said  Arla Foods amba board director, Johnnie Russell.

“While the impact on overall European milk production has been limited so far, there is uncertainty in the market as a result of further volatility and concern on future milk volumes caused by the dry weather,” he added.

Dairy markets found some support over the past two weeks, with much of the strength coming from supply-side concerns rather than stronger demand.

European spot butter and skim milk powder (SMP) regained some of the ground lost over the previous six weeks.

Butter gained 5% moving to £4,990 while SMP increased by 8% climbing to £1,403. Dairy Futures’ prices were also stronger over the past couple of weeks, with butter’s August-December contracts up 5% on average since the end of July while SMP futures’ September-December contracts gained 4% in that time.

The exceptionally hot, dry weather across much of Europe in recent months drove prices higher, however better weather over the past week have seen price activity stabilise somewhat.

European milk supplies remained strong with UK milk production in June up 1.5% on last year, German production up 2.4% and French up 1.3%. The New Zealand calving season is now under way, with favourable conditions so far giving a strong start to their 2018-19 season.

Questions remain over global demand however, with European and NZ dairy exports in June down on last year, while the GDT index held unchanged two weeks ago after four negative events in a row.