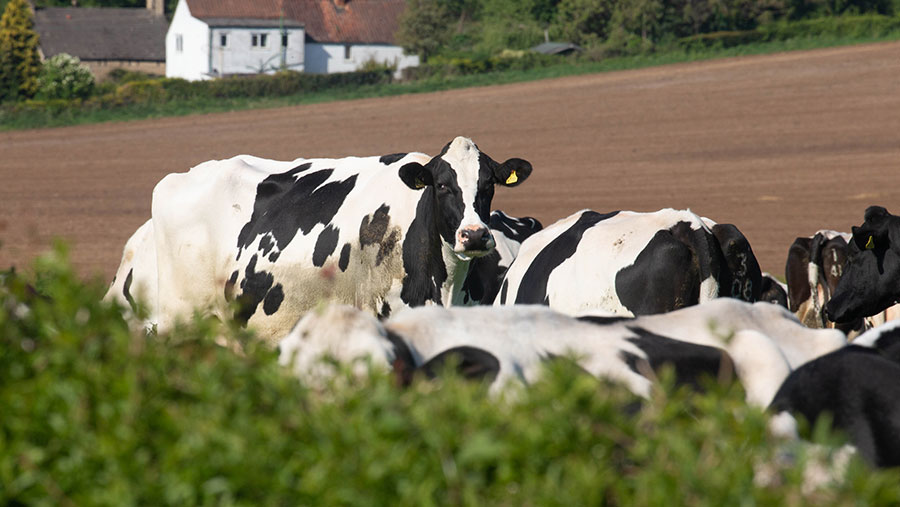 Dairy farmers reduced milk production in April by an estimated 23m litres and helped give the supply chain some much-needed breathing space, following the slump in demand caused by the coronavirus pandemic, according to the AHDB.

It said estimated production in April is 1.09bn litres – 1.6% below the forecasted amount and 2% below last year, after Muller suppliers and others were asked to reduce their output.

This has helped to keep the disposal of milk relatively in check so far, analysts said.

Whether there is sufficient capacity over the remainder of the spring will depend on if retail sales stay high and processors continue to run at, or near, capacity, without breakdown or serious levels of staff absences.

The news comes after Welsh dairy farmers welcomed the announcement of a funding package to help those supplying processors hardest hit by the closure of cafes, restaurants and pubs.

However, governments in the devolved nations of Scotland and Northern Ireland have no plans for equivalent funding packages, although both have said they are exploring alternative options.

There is still no further information on how farmers will be able to apply for the support. Defra told Farmers Weekly on Wednesday (12 May) that it was still working with the Rural Payments Agency on the design and delivery of the scheme.

Who could miss out?

Concerns have been raised that some farmers who have still lost significant sums of money, but fall just short of the 25% threshold, will miss out on the dairy hardship payment.

Bali Nijjar, managing director of Freshways – one of the hardest-hit processors – noted this in the latest bulletin to his farmer suppliers.

At 200,000 litres of production over two months, this would leave the qualified farmer £8,100 better off than the one that did not qualify, he calculated.

Concerns have also been raised about the goat, sheep and buffalo dairy sectors, with the the Royal Association of British Dairy Farmers (RABDF) warning that there is no spot milk price market for these sectors, and demand is mostly from the shuttered out-of-home catering market.

Data from 15% of the goat milk market shows 8,000 litres of milk a week (14% of total supply) is being discarded, with production being reduced by 20,000 litres each month by drying off early and removing animals from the milking herd.

RABDF vice-chairman Di Wastenage said: “This sector is trying to adapt to the situation, but with such a specialist marketplace, it takes time to change. We hope the government will offer immediate financial ‘loss of market’ support, from now through to September 2020, to provide the breathing space for the sector to adjust.”

She said it was disappointing the sector was not included in the hardship fund for dairy farmers that was announced last week (6 May), and warned farms would not survive without help.

“We don’t imagine the marketplace will return after lockdown is lifted and the likely scenario is consumers will continue to follow their new retail buying habits and lower their spend on high value items such as non-bovine milk and milk products.

“This will reduce the pace at which the market will rebound.”

The deadweight value for goat carcasses has already fallen from £150-£180 to £60 for those supplying the premium restaurant trade, which is below the cost of production.