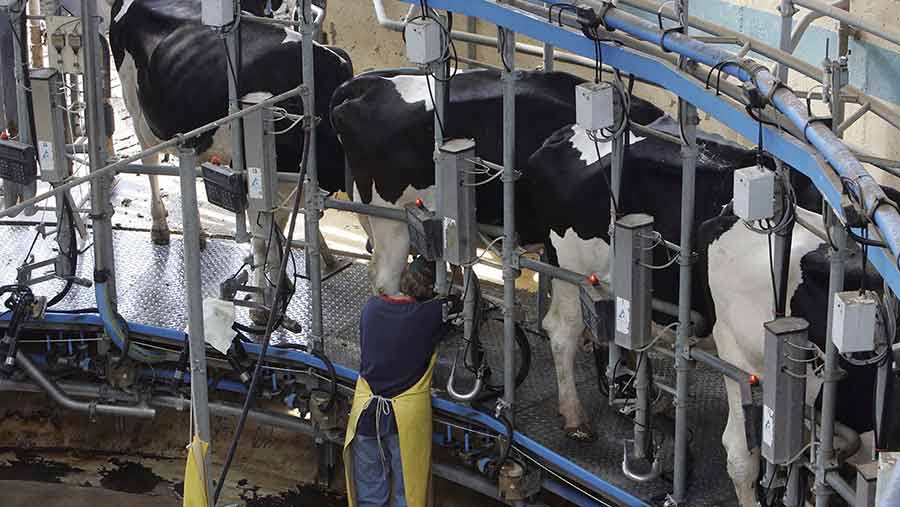 European milk production may slow down during 2016 as cow numbers fall, according to the European Commission’s beef forecasting working group.

The number of dairy cows in the continent’s seven biggest dairy nations will fall 0.5% between 2015 and 2016, the group has said.

This could limit milk flow over the course of the year, matching previous estimates of production easing once the spring peak had passed.

But the figures reveal a split in Europe, with some countries surging ahead.

Cow numbers in Ireland could rise 5.7% and 1.5% in the Netherlands — two countries with rapid expansion plans.

Farmers across the member states pumped out 7.4% more milk in January and February than the same months in 2015. Ireland, Luxembourg, Belgium and the Netherlands saw the biggest percentage rises.

“Overall, bearish market sentiment persists,” said the MMO’s summary of the meeting. “While developments in world demand give reasons for hope, farmgate milk prices and dairy commodity prices continue to be under pressure due to deteriorating EU market balance. Improvement in the supply/demand equation remains necessary.”

A presentation by Eucolait, the trade association for exporters, importers and wholesalers, concluded that strong European production in early 2016 outweighed the benefits of slowdowns in Australia, New Zealand and the USA.

“[With] no immediate price recovery in sight, the key factor in the coming months will be the strength of the EU spring flush,” Eucolait said.