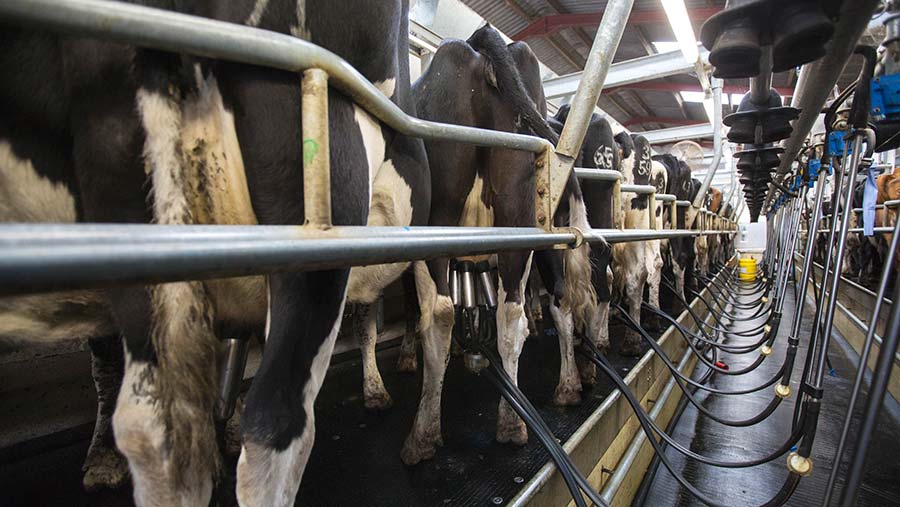 The ratio is a measure of how much feed can be bought with one litre of milk, and the latest drop is a combination of lower milk prices and some feed costs trending higher.

An estimate from the AHDB puts the measure down further for December at 1.18.

Kite Consulting has just produced its February ratio, at about 1.2, said the firm’s Edward Lott.

While the ratio would not be something for an individual farmer to base decisions upon, it is a good indicator for the industry of sentiment towards milk production levels, he said.

“If it gets down to between 1.1 and 1.05, then you’re looking at severe negative milk production territory of a 5-10% drop in milk output.”

The reducing ratio is already having an effect on national production, he said.

The average butterfat content of milk in December 2019 was 4.25%, a slight drop from November’s 4.3%, but remaining at elevated levels, said AHDB Dairy.

This year’s is the highest December figure for 10 years and well above the three-year average of 4.18%.

Defra’s average UK farmgate milk price for December 2019 was 29.32p/litre, down 0.53p/litre on the November average.

Averaging 3.41% in December, protein was also at a 10-year high for the month.