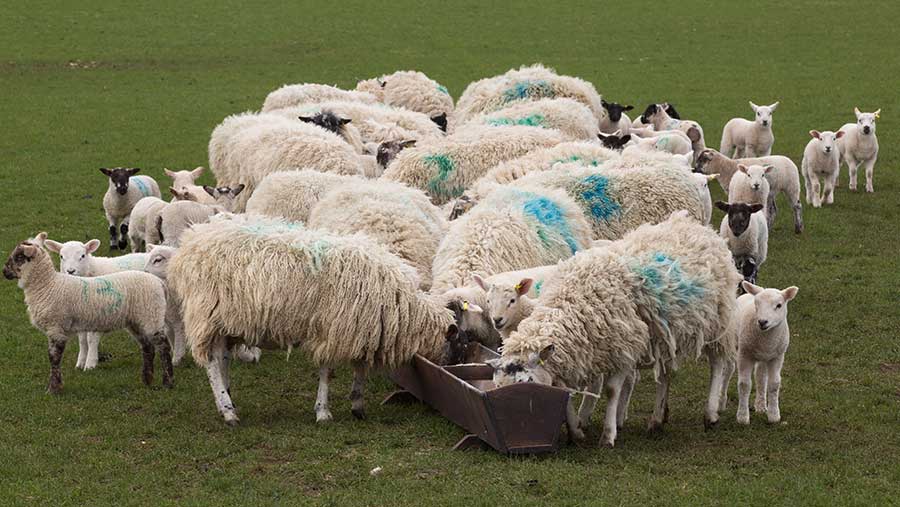 Farmers battling extreme weather have been using record amounts of animal feed to make up for shortfalls in fodder.

According to the most recent statistics from Defra, the amount of wheat and barley used to produce compound animal feed has climbed by 12.3% in 2017-18 compared with the previous year.

Poultry feed production was also up by 4.3%.

The data, which records the amount of feed used up until the end of June, shows that the combined effect pushed the amount of wheat and barley used to over 6m tonnes.

This is the highest level since records began in 1995-96, with the largest percentage increase occurring in the sheep sector where production climbed 47% in April 2018 compared with 2017 as the Beast from the East increased appetites across the country.

It is likely to be another record-breaking year this year as widespread reports indicate that summer feed consumption has been maintained well above normal seasonal levels as farmers battle to maintain milk yields and put flesh on animals.

The news comes as concerns also grow over the price producers are having to pay for feed, with feed wheat prices climbing to levels last seen in 2013.