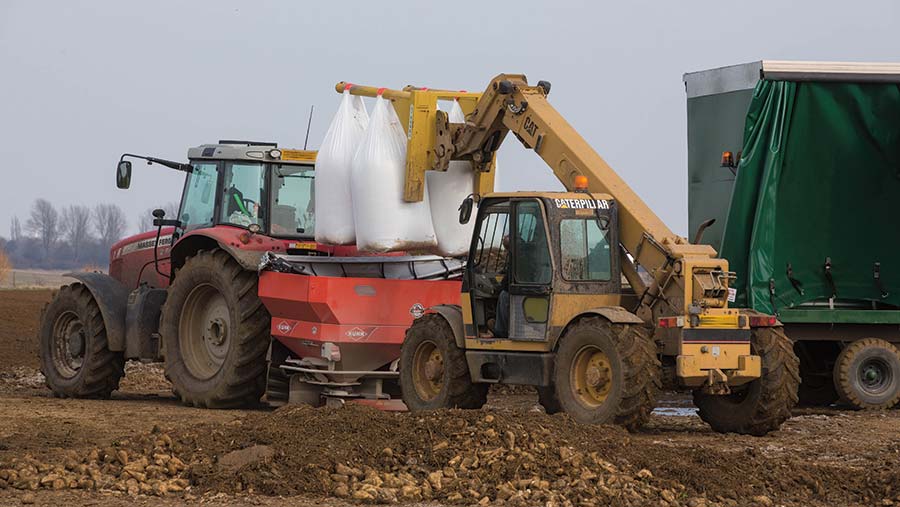 Keen deals are still on offer as the new season nitrogen trade gets under way.

Midweek, the price for UK manufactured 34% nitrogen ammonium nitrate (AN) had settled in the mid-£180s/t delivered to farm from June through to September, although there were odd areas where a slightly better deal was available.

This follows revised prices being issued by CF Fertilisers UK on Friday (19 May), after an initial offer that put AN on to farm at a 20%-plus price drop compared with old season supplies.

This initial offer lasted only two days and saw massive take-up for the flat price run of four months with normal payment terms.

CF followed this by adding £7.50/t to prices through the same months, and again take up has been rapid.

Traders point out the new prices deliver the best wheat:nitrogen price ratio for almost 20 years but most could no longer take September bookings, while August availability was limited. The June book was filling quickly, with the best availability in July.

Granular urea has firmed by about £5/t-£10/t over the past 10 days to a range of £205/t-£220/t on farm for September to December delivery at seller’s option, with January payment.

The large range is accounted for by region and whether the seller already has cover.