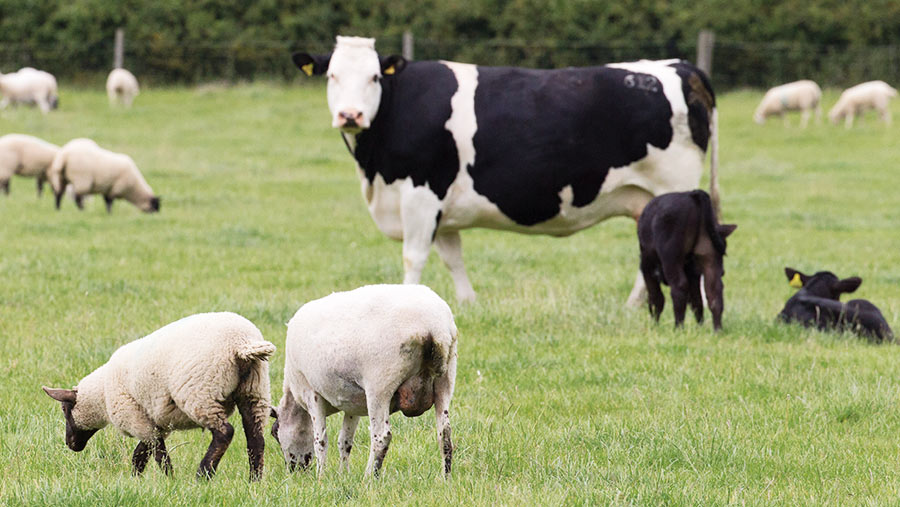 The area offered for keep so far has been similar to last year in many regions. Prices are generally slightly up on last year but very variable within and between regions.

Several agents have seen more inquiries for keep over the past week, as the forecast remains mainly dry for most over the next few weeks.

“With the dry spring we have had, a number of farmers who have not managed to secure ground for the summer are now looking for further land, pushing up demand but with limited ground available at the moment in the area,” said Jonathan Hird of Cumbria-based H&H Land and Property.

A reduced area compared with last year of just over 80 acres of grass keep auctioned by the firm on 3 April averaged £195/acre for a mixture of fertilised and unfertilised ground. This was about £20/acre up on what the same lots made in 2018.

The £50-175/acre range in which private grazing agreements have been settled reflects the huge variation in land quality and demand in Cumbria, with an average in the region of £130/acre this year, said Mr Hird.

Private deals account for the bulk of grass keep let by Lincolnshire agent Robert Bell, which has agreed deals on more than 1,200 acres this season at an average of £51.50/acre and top price of £140/acre.

A recent auction of 47 acres of mainly better-quality, permanent pasture with some in stewardship schemes made an average of £86/acre and a top price of £100/acre.

At McCartneys, which has several offices in mid-Wales and the Borders, Jenny Layton Mills said that the bulk of grass keep had been let at £80-90/acre this season but that the best land was making more than it had done last year as there was so little about.

The firm auctioned 79.44 acres of good, well-fenced and watered grass in two lots at Byton, near Presteigne, on 4 April.

Bagshaws’ annual grass keep auction on 3 April featured more than 200 acres of top Staffordshire grazing and mowing land, most of this stockproof and with mains water connections.

The firm’s Alice Bell has arranged a range of grazing licences this year at £80-120/acre.

South West agent Stags offered 210 acres of grass in six lots at its east Devon collective keep sale on 10 April. At an average of £104/acre, this made £10/acre more than last year and sold in a range from £60-150/acre.

Private treaty grazing agreements in this agents’ area are mainly being done in a range from £70-120/acre.