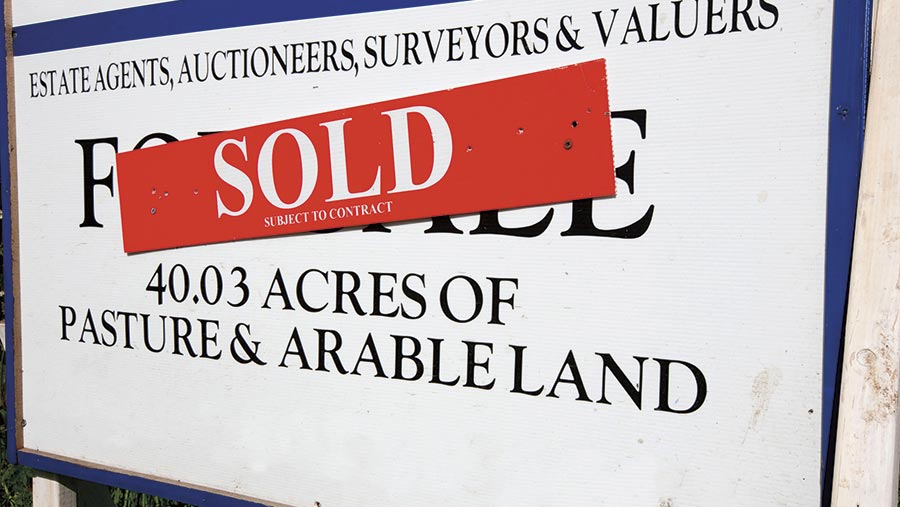 Demand for farmland fell in the first half of 2018 and the outlook is for a further fall in prices, according to the Royal Institute of Chartered Surveyors (Rics) Rural Land Market Survey.

Many agents commented in the survey that some farms and land remained unsold or were taking much longer to sell.

“In areas of the country where amenity values remain, or where there are a number of CGT [rollover] buyers in the market, interest from buyers – and therefore values – remain relatively buoyant.”

The weak pound meant there was interest from overseas money, which was likely to grow, said Mr Hall.

Regional and local factors, along with amenity value and uncertainty over future support, are all in the mix that is producing an ever-wider range of values.

“Significant polarisation of the arable land market has taken place, with a range of 40% between sale values for similar land types,” said George Syrett of Savills’ Winchester office.

“This is driven mainly by the strength of land-hungry neighbours versus land where neighbours are not in the market.

“Demand for residential farms has increased, but the market is very sensitive to blight and where there is a residential farm with an issue such as public access or a long-term let, the value has been hit hard or there are simply no buyers available.

“It is a buyer’s market and the buyers who are in buying positions are very picky.”

Another commented that average values hid the failure of some less-productive farms and land that were not selling or had been withdrawn from the market.