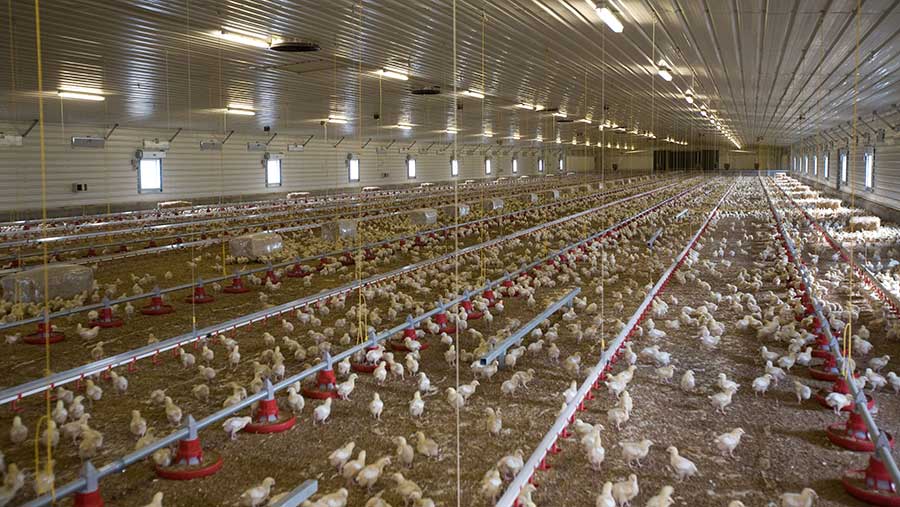 The number of chick and poult placings broke records in the month of September after exceeding 90m birds.

At 90.3m placings in total, the highest number ever recorded by Defra, this is a 4% increase on September 2017.

Year-to-date poultry placings now stand at 875m with the numbers made up of commercial layer chicks, broiler chicks and turkey chicks.

See also: Free range egg contracts ‘not worth the paper they are written on’

Of these, the vast majority (85.3m) was made up of broiler chick placings, with a 7.6% fall in laying chicks to 2.8m, showing that some egg producers are cutting back after facing a squeeze on margins for much of the year.

Poultry is by far the UK’s most popular meat, with the average consumer eating 36.3kg a year, 43% of their total meat consumption of 84.9kg.

This has grown from an average consumption rate of 30.5kg of poultry in the year 2000.

Increasing demand from the poultry sector is one of the key drivers for cereal demand from the feed sector, with wheat the key component for many poultry rations, compared with higher usage of barley among red meat producers.

The AHDB early cereal supply and demand balance sheet forecasts that the UK feed sector will consume 7.7m tonnes of wheat in 2018-19, a 2% rise on the previous year.