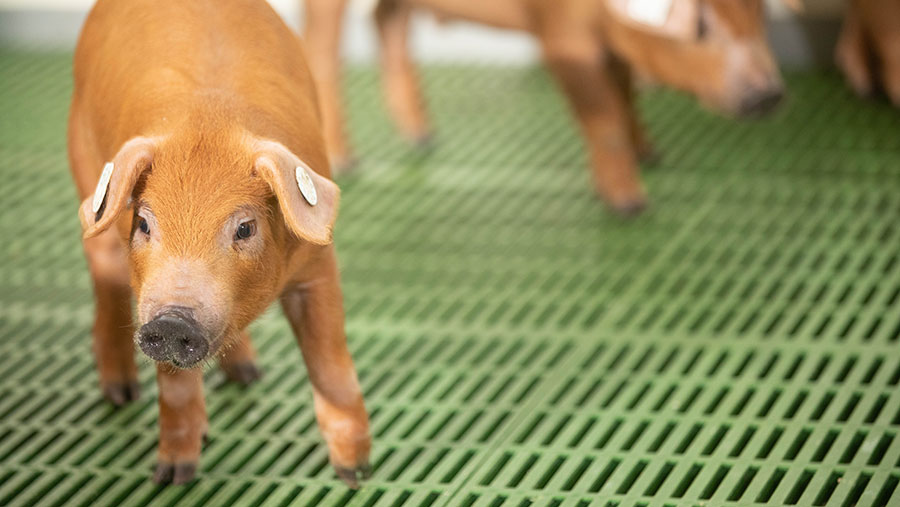 Pig market disruption due to African swine fever (ASF) and the coronavirus pandemic has seen UK prices fall by almost 1p/kg over the past week.

Figures released by AHDB Pork for the seven days to 5 December show the GB EU-spec SPP fell by 0.97p/kg on the previous week.

The fall was driven, in part, by high production levels due to increased carcass weights and a sharp rise in throughput.

Estimated throughput jumped to 190,900 head, an increase of 17,900 head on the previous week, as processors tackle a backlog of pigs in the system caused by Covid-19 disruption at processors.

AHDB analyst Charlie Reeve said this week’s throughput was more in line with seasonal expectations, but still 1,800 below the same week in 2019.

“While we have seen an increase in carcass weights this year, levels are probably heavily influenced by the reported backlog in slaughter-ready pigs waiting on farm,” Mr Reeve said.

Meanwhile, the continuing ASF outbreak among wild boar in Germany is still undermining prices across the EU.

China and other countries in the Far East banned imports from Germany in September after an infected boar was located inside the border with Poland.

This has seen German pigmeat retained on the European market.

As Germany is Europe’s second-largest exporter, with 200,000t of pigmeat sold to China alone each year, supplies within the EU have risen, holding back prices.

Talks on reopening trade from regions that are ASF-free are ongoing.

According to news agency Reuters, German authorities have completed a double fence around infected zones in the Brandenburg and Saxony regions.

However, the number of boar infected with ASF has risen to about 240 cases identified to date.