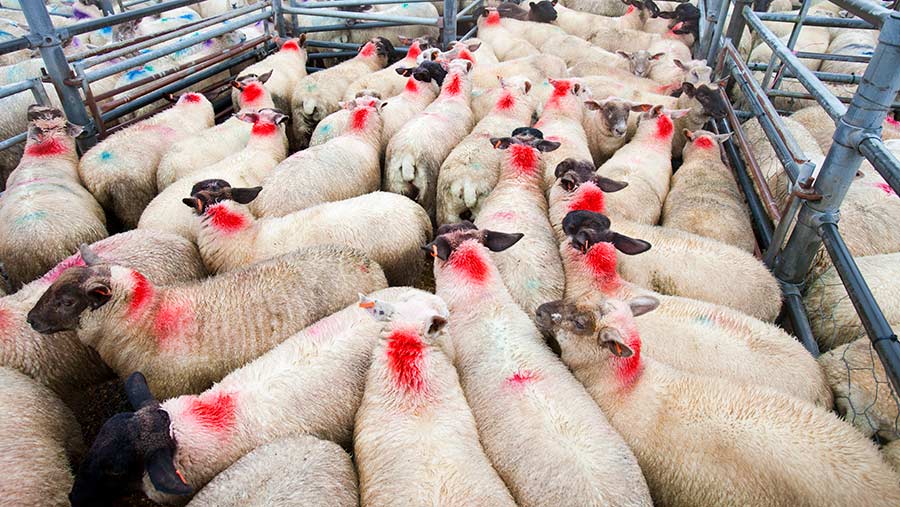 Italian shoppers’ appetite for British lamb has grown this year despite the country enduring one of the worst coronavirus outbreaks, according to the latest upbeat UK export figures.

More lamb has been sent to Italy in the first six months of this year than in the same period in 2019.

Overall exports to Europe between January and June have fallen by 13% to 38,570 tonnes, but with the lamb trade riding high the total value of the shipments remained above year-earlier levels.

Welsh levy board Hybu Cig Cymru (HCC) said that strong figures for the month of June showed that lamb exports were bouncing back strongly from coronavirus-related disruption as hotels and restaurants re-open, and that a new marketing strategy had helped ride out the challenging period.

HCC export development executive Deanna Jones said: “In many countries the foodservice sector is an important consumer of Welsh Lamb.

“We responded by focusing more on social media advertising and the retail sector, such as French-language recipe videos and marketing with supermarkets in Italy.”

The continuing growth in the lamb trade in some countries outside Europe, which have been targeted for strategic investment by HCC over the past three years, is also pleasing, she said.

“The fear with any major trade disruption, such as we have seen this year, is that progress that was being made in smaller but growing markets might stall,” said Ms Jones.

“However, there has been continued significant growth in lamb exports to Canada, Hong Kong and several countries in the Middle East.”

The news comes as the chief of New Zealand’s red meat lobby group warned the country will not tolerate moves by the EU and UK to split import quotas between them, after the UK completes its exit from the trading bloc.

Instead, the UK should commit to a free trade agreement that gives New Zealand comprehensive access to the UK and the EU, she said.

The UK remains the third largest export destination for lamb from New Zealand, despite taking reduced amounts in recent years, with the trade worth some $500m NZ dollars (£249m) a year.