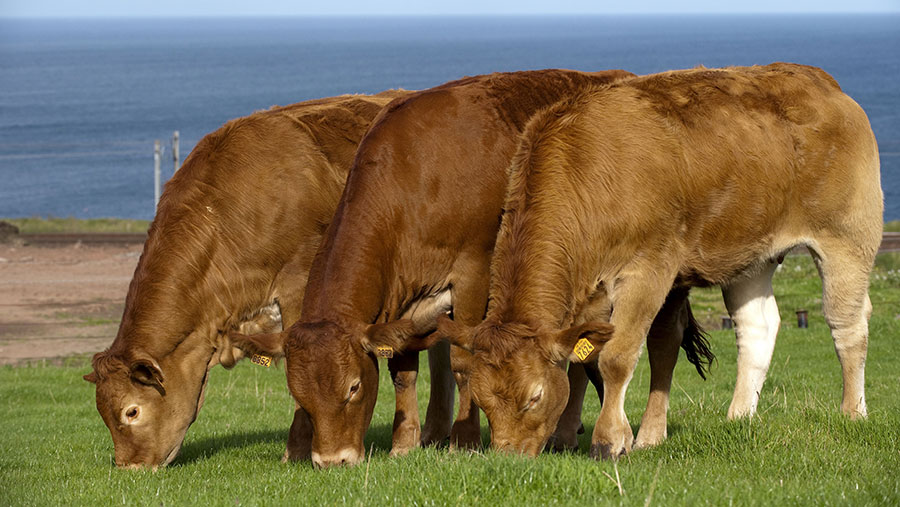 Greater collaboration as well as government action are needed to help stem the decline of Scotland’s beef sector, producers were told at a special Beef Summit held in Sterling on Monday (12 August).

The summit was in response to a collapse in prices, which has seen crippling returns for farmers and crofters from sales of beef cattle.

See also: What producers need to monitor for profitable beef

Prime cattle prices firmed slightly at the start of August, but remain 8.5% lower than last year, according to the latest market analysis from Quality Meat Scotland (QMS).

Contributing factors include an increased supply of beef and a lack of barbecue weather this summer.

“The sharp reduction in demand for burgers and steaks more than offset a recovery in spending on roasts, stewing beef and mince,” said QMS senior economics analyst Iain Macdonald.

The summit was chaired by Scottish rural economy secretary Fergus Ewing, who suggested collaboration within the sector was key to resolving the situation, arguing that it is not for the government to provide all the answers.

NFU Scotland president Andrew McCornick agreed a partnership approach was vital, but said momentum was building for action following a similar meeting hosted by the union earlier in the north-east of the country.

“The Scottish Government must focus its efforts on working with industry on steps to mitigate against the declining economic fortunes of the Scottish beef sector,” he said.

“This is a crisis and those with the power must work harder to secure the future for beef production, focusing on both short-term actions and building long-term resilience within the sector.”

The collapse in the beef trade was not isolated to Scotland, said Mr McCornick.

“In the past few days, we have discussed the beef crisis with our fellow unions in England, Wales and Northern Ireland, as well as the Irish Farmers Association.”

NFU Scotland has published a six-point plan that calls for increased collaboration and transparency across the beef supply chain.

Investment in producer organisations to strengthen farmers’ bargaining power and additional government support, so active beef producers can “bridge the gap” until a post-Brexit agricultural policy is introduced for Scotland, are also recommended.

And it calls for increased government investment to develop new markets for Scotch beef with a Scottish-first policy for public procurement.