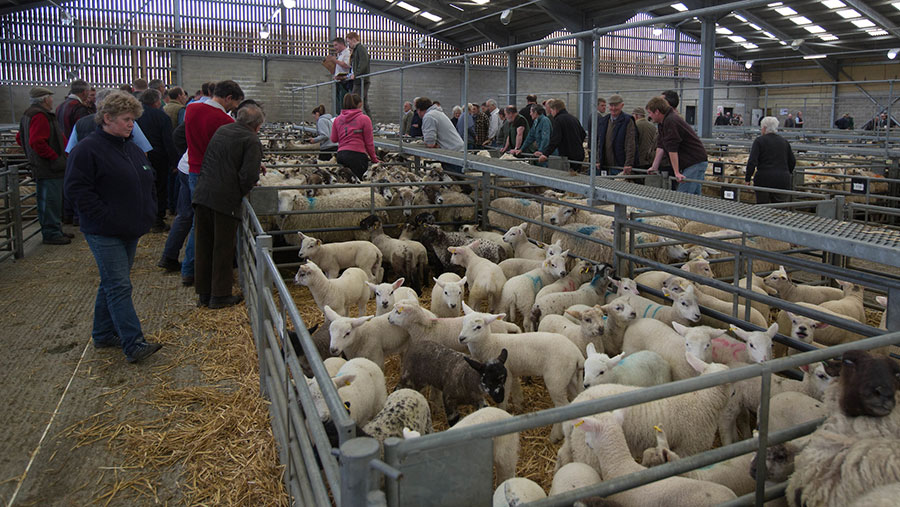 Lamb finishers have been rewarded this week for responding to increased demand by seeing sharply higher prices despite larger numbers arriving at market.

Buyers have been keen to cover orders for the forthcoming Islamic festival of Eid al-Adha, which this year runs from 21 August to 25 August, and incorporates Qurbani, where lamb is eaten as a celebration.

Liveweight prices have improved every day this week with the national average SQQ price reaching 188p/kg on Thursday (9 August).

Deadweight prices have also followed the trend higher with Dunbia now offering 420p/kg for lambs from next Monday, an increase of 15p/kg on the week.

This has narrowed the premium for organic lamb to just 10p/kg, as they held that price steady at 430p/kg.

Farmers First director Mike Gooding said the improved price was definitely being driven by improved demand from the Muslim festival but recent falls in the value of the pound were also feeding through.

Supply factors also having an impact

However, supply side factors may also be starting to help the price, with the impact of the challenging lambing still being felt as higher losses will have cut the total UK lamb crop compared with last season, which was a very good rearing year.

In addition, recent rains have brought back small amounts of grass in some areas, and some farmers will be choosing to finish by maintaining lambs on grass and waiting for regrowth to fatten them more cheaply than by creep feeding.

The Australian drought will also have cut their ability to supply European market this season, says Mr Gooding, as they are likely to choose to fulfil Asian markets first which may increase the European markets demand for British supplies this autumn.

He urged the company’s 2,700 farmer shareholders and suppliers to stay in close contact with their Wrexham and Kenilworth abattoirs in order to stay up-to-date on the varying spec of lamb which was being most sought after.