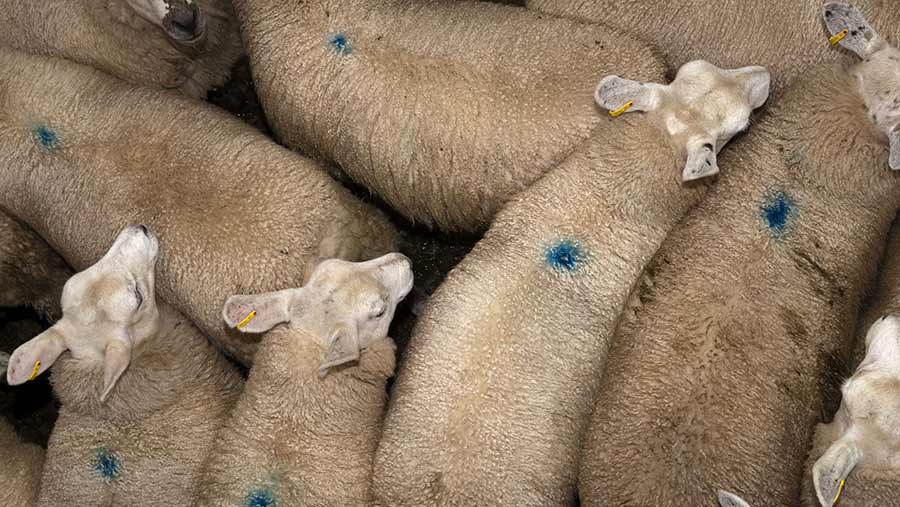 See also: Why on-farm ram auctions are growing in popularity

Lamb prices normally fall during September as sales numbers hit their peak and this year looks to be no exception, although throughputs are lower as more lambs than average died during the harsh spring weather.

Industry insiders report that around one million fewer lambs had been tagged by the end of July than the previous year.

A strengthening pound will also do the export trade no favours, with the pound worth €1.12 for the first time since mid-August, after dropping to €1.10 around the start of September.

At current prices that would mean each 40kg lamb would cost an importer more than €1 extra.

There has been a 14% year-on-year decline in lamb sales in the 12 weeks ending on 12 August, the most recent set of statistics collected by market research firm Kantar.

Ms Oborne said the hot weather had driven more consumers towards more typical BBQ food, with the volume of beefburgers sold up 15% and sausages rising 3%.

The problem had been exacerbated by an average lamb retail price rise of over 40p/kg, as retailers chose to put other meats on promotion.