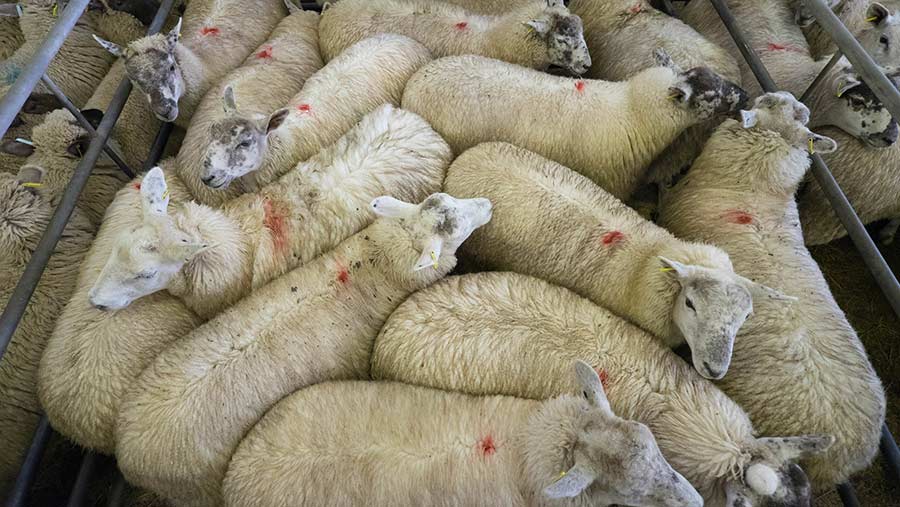 Finished lamb prices are into their third week of sharp price rises amid fierce competition from buyers for dwindling supplies.

Liveweight market prices across the UK were up 11p/kg to 191p/kg on Monday, compared with the previous week for lambs within the SQQ band of 25.5-45.5kg, with reports in some markets of prices in excess of £2/kg.

While throughputs were also 8% higher on the week at 17,864 sold, AHDB data shows that more lambs have been killed this year than had been killed last year at the same point.

Confidence has also returned to the export market, with no prospect of trade barriers with Europe until the end of January. There are also reports of fierce competition for the last of this season’s store lambs.

Prices are well above 2018 levels, with buyers paying on average just 169.7p/kg for the week ending 13 November last year.

Deadweight prices have also been forced to rise to stay within competitive range, with reports across the country of prices close to 400p/kg.

Dunbia Llanybydder increased its price by 15p/kg to 395p/kg for British lambs and 400p/kg for Welsh lambs for the week commencing 11 November.

Deadweight prices for the week ending 17 November 2018 were closer to current prices, at 391.9p/kg.