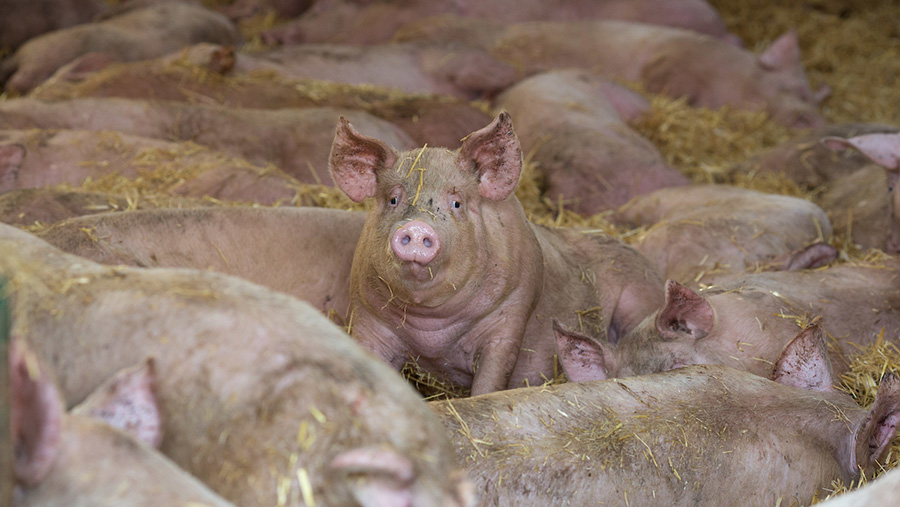 Rising feed prices and other input costs have pushed pig production costs up to 240p/kg in May, according to AHDB estimates.

These figures assume the same levels of technical performance as for the year ending 31 March 2022 and show that the gap between production costs and market returns is widening further.

While prices are still rising, the rate of growth has slowed compared to larger weekly price rises throughout April and May.

During the first quarter of 2022, losses were already estimated at £58 a pig for the sector and on-farm costs have continued to rise since.

UK feed wheat futures opened at £303/t on 6 June following the jubilee weekend, down by £14.75/t on week-earlier levels.

Carol Davis, lead farm economics analyst at AHDB, said: “May compound feed prices have increased further but forward prices, feed ingredient and future grain prices are all indicating that we just might have reached a feed price peak, although this is at an elevated level and this opinion cannot be guaranteed.”

Lizzie Wilson, policy services officer at the National Pig Association (NPA), said: “While the pig price has increased incrementally, and contribution prices now sit between 173p/kg and 190p/kg, the yawning gap between what producers are being paid and what it actually costs to produce a pig is more apparent than ever, and there is no sign of further, desperately needed, significant increases in price any time soon.

“In addition, there is still a backlog of pigs impacting many producers’ businesses. We need more support, from both government and retailers, if the pig sector is going to survive,” said Ms Wilson.