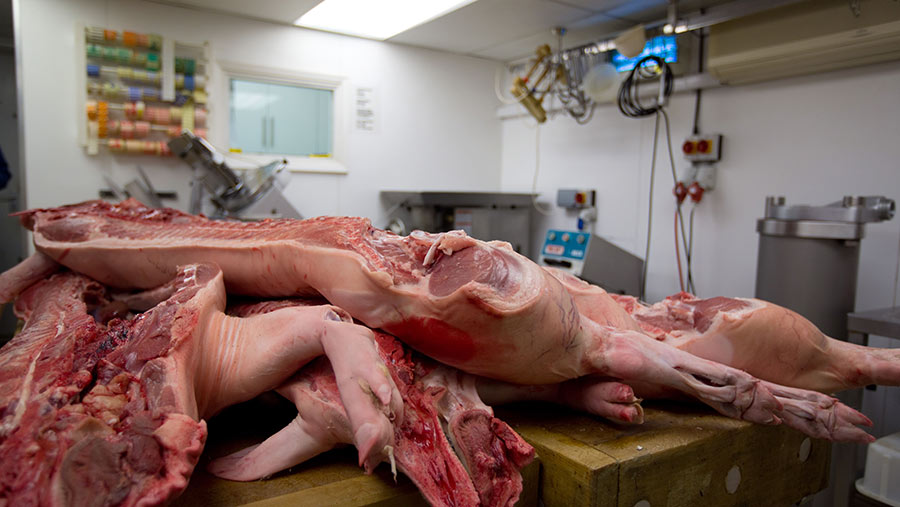 The National Pig Association has accused UK pork processors of failing to pass on more than £1m a week to loss-making pig producers after the African swine fever crisis in China drove up the global price of pork.

Mainland European producers have seen prices rise by 30p/kg since early February to stand at close to 147p/kg, as exporters rush to fill the demand left by at least a one-fifth decline in the size of the Chinese breeding herd.

However, UK prices have risen just 6p/kg in the same period, to 144p/kg.

Once additional UK-only costs, such as levies and haulage, are taken into account, UK farmers are earning 6-8p/kg below that, at around 137p/kg, said NPA chairman Richard Lister.

NPA calculations show the failure to match the EU price means UK producers have lost more than £1m each week since the middle of April.

The figure could be as high as £13m over five weeks once the premium paid for higher-welfare UK pork management systems is factored in.

The price rises are an “an insult to the hard work of the pig industry,” said Mr Lister.

“It is too little, too late. The price continues to push further ahead in the EU and the small increases we have seen do not come close to compensating producers for the millions lost since early February.

“The excuses given by processors simply do not stack up – especially when we see the likes of Cranswick posting profits of nearly £90m, partly on the back of strong Asian export growth.”

AHDB figures show that pig producers have been loss-making since the second half of 2018, with farmers estimated to be losing up to £10 a pig produced as prices remain low and costs high.