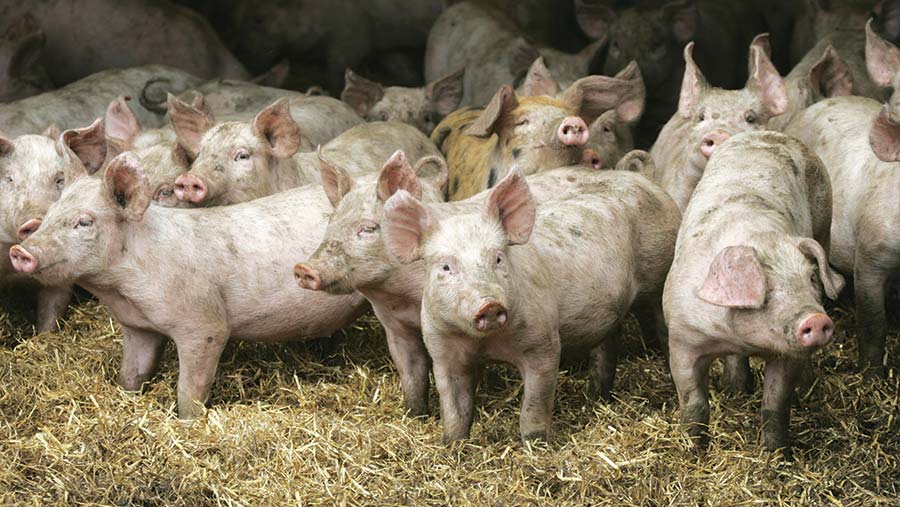 There is demand for new bed-and-breakfast finishing sites, and for those farmers prepared to invest in new buildings offering scale, enhanced payment rates may be available in some cases, he says.

“There is demand in the sector – all the processors want to keep their abattoirs full and there is competition for supply.”

Where a producer has distinct sites, there could be the opportunity to move just a portion of production to the B&B option, although processors are wary of this following a receivership in which the ownership of pigs was at issue, said Mr Gwatkin.

Processors favour new sites in areas where pig populations are relatively low, and again for those who can offer scale, long-term contracts are available.

According to AHDB lead analyst Duncan Wyatt, average pig production costs are 150p/kg dw and have been running at a four-year high during 2018, so at current Standard Pig Price (SPP) levels, producers are losing about £3 a head.

Much of the rise in costs has been a result of increases in feed prices, which were 9p/kg higher during April to June this year compared with the same period in 2017.

AHDB Pork analyst Bethan Wilkins said that even though feed costs reflected spot prices and many producers would have bought cheaper forward stocks, large numbers of farms were looking at negative margins.

“At the end of Q2, we estimated profit margins for finished pigs to be just 1p/kg or about £1/head,” Ms Wilkins said.

“Since then, feed costs have gone up and prices have come back.”

The increase was mainly as a result of a 2% rise in England, while declines were recorded in Northern Ireland (-2%) and Scotland (-3%).