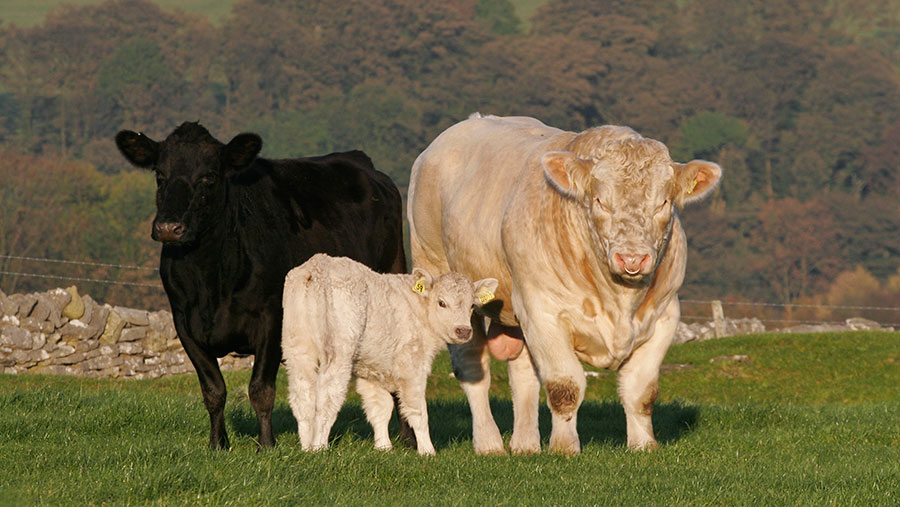 Cattle numbers in Scotland are at their lowest level since the 1950s, because of the decline in the profitability of beef production, according to the latest government figures.

The Scottish government has published the results from the June 2019 census, which shows that while dairy cow numbers remained virtually unchanged, beef cattle numbers have continued to decline, dropping by 2% – or 27,600 head – on 2018 levels.

See also: FW opinion: not all can survive in an oversupplied beef market

The fall is being linked to reduced profitability in the beef sector, with the industry currently under severe financial pressure due to rising costs and poor market returns.

However, the census reveals that lamb numbers recovered in 2019 following a difficult spring in 2018.

In 2019, there were 3.25 million lambs – an increase of 4% on the previous year – due to better weather during the lambing season.

Lamb numbers were down in 2018 because of the effects of the “Beast from the East” snowstorm, which led to higher levels of lamb mortality.

Other notable findings from this year’s survey include a 1% rise (to 67,100) in the number of people estimated to be working in agriculture.

The census also shows a 4% rise in the area used to grow potatoes.

Officials say the increase in area is most likely caused by strong market prices over the past year.

However, despite the increase, the area of potatoes is currently below the 10-year average.