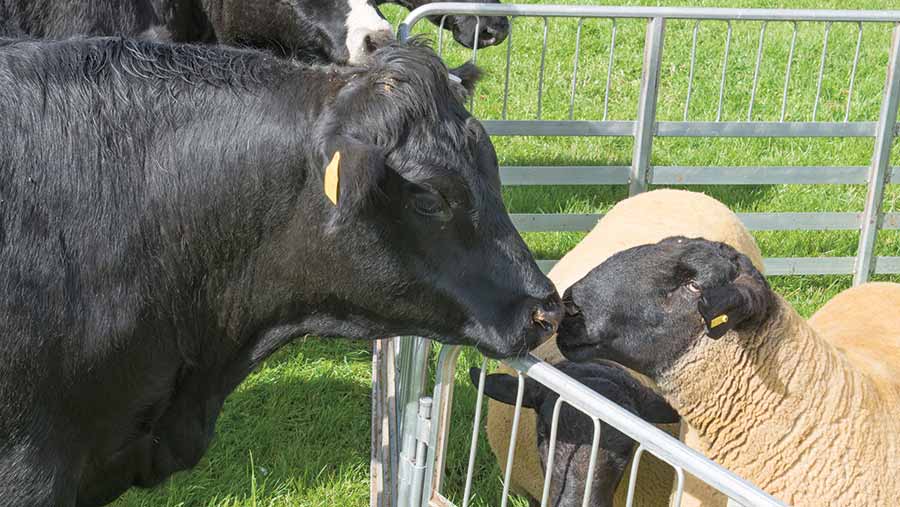 The importance of support payments to Scottish cattle and sheep producers is highlighted by the latest financial results from Quality Meat Scotland (QMS).

Even businesses reporting positive net margins struggled to deliver a fair return for labour and capital, says the report.

Suckler margins from the 2016 calf crop improved slightly. Even so, only just over a third of Scottish suckler producers made a profit before CAP area support and before accounting for unpaid labour.

It was a challenging period for store cattle finishers too, with less than a third making a positive net margin, as in the previous season.

Covering the 2016 calf and lamb crops, the report from the levy, promotion and advisory body says that both prime and store stock prices were below those of year earlier level.

Store lamb finishers struggled, with the proportion showing a net margin sliding from 70% to less than 40%.

QMS head of economics services Stuart Ashworth said it was important for producers to benchmark their businesses to identify strengths and weaknesses, seeking out elements that are their control.

The report details not only financial but also physical performance, providing a solid base against which businesses can measure themselves.

“In general the results show a clear correlation between the strongest financial returns, the best technical efficiency and the lowest greenhouse gas emissions per unit of output,” said Mr Ashworth.

For cattle the indications look more positive for 2017, says the report. Lower numbers overall and in particular of young bulls, coupled with lower steer carcass weights, the value of sterling and good export demand for manufacturing beef have underpinned farmgate prices.

“Finished prices have spent most of 2017 five-10% ahead of 2016 levels with store values also running higher, generally by closer to 5%,” it says. Store cattle prices have generally been higher than 2016 levels.

Large hogget numbers carried into 2017 and lower demand means some store lamb finishers will have struggled to make a margin in the run up to Easter.

Both sheep and cattle producers face higher input prices in 2017 but productivity gives room for some optimism, with high scanning rates and strong lambing percentages. The June census showed the highest lamb-to-ewe ratio for many years.