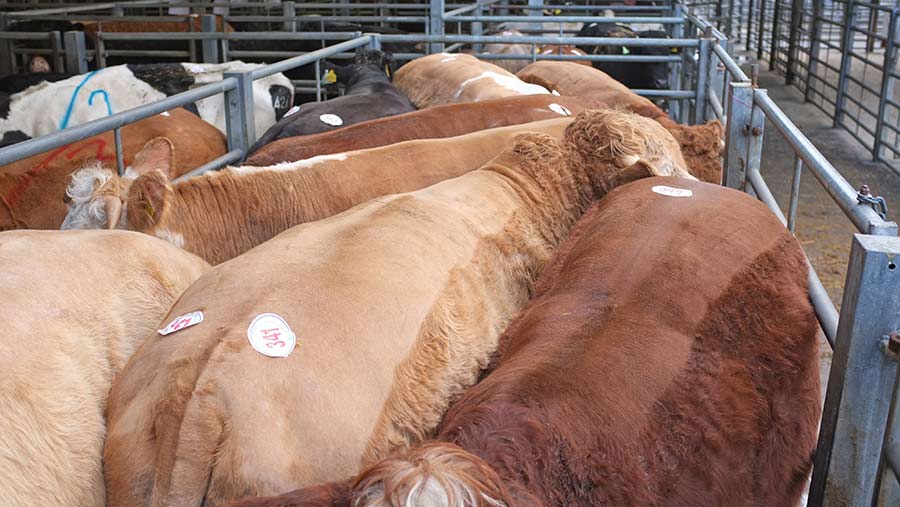 UK prime sheep prices have fallen by about 4% over the past month and stand about 13% lower than a year ago, a much greater level of year-on-year reduction than seen in other EU member states.

With no clarity on the rules for exporting sheepmeat to Europe beyond 29 March, Brexit confusion is fuelling market uncertainty, says promotion and advisory body Quality Meat Scotland (QMS).

“Uncertainty over the terms of trade for this level of production will inevitably lead to extreme caution among sheep buyers,” says its director of economics services Stuart Ashworth.

“The change on last year is partly influenced by the price movements at this time last year, when prime sheep prices were rising steeply across Europe, something that has not occurred this year,” said Mr Ashworth.

The fall in prices across UK and Ireland has happened despite prime sheep slaughter numbers having fallen, with January’s UK lamb kill down 7% on January 2018.

Irish abattoir throughputs so far in 2019 have averaged 11% lower than last year, with an even bigger decline in recent weeks, said Mr Ashworth, while slaughter rates for other European countries have moved in the opposite direction.

Although increased supplies in France and Spain would encourage lower producer prices there,  lower supplies and lower prices in the UK and Ireland would point towards sluggish demand for British and Irish sheepmeat, rather than oversupply, said Mr Ashworth.

“The increased domestic supplies in France contributed to France importing less sheepmeat than a year ago during December, and it is likely that French import demand has remained sluggish through January.

“France also reported lower sheepmeat consumption during December and for the whole of 2018.”

The price discount compared with last year is increasing, because prices this time last year were rallying strongly, said AHDB Beef and Lamb. The latest price is also now below the five-year average for the first time this year, by 5.62p.

More heavy lambs are going into markets – the proportion of OSL within the SQQ weight band has been falling since the end of January and this week stood at 61%.

Analyst Kantar Worldpanel says recent UK sheepmeat consumption has been similar to year ago levels, despite some increase in the average retail price.

New Zealand is sending less sheepmeat to the UK and the EU than it was a year ago, with lower slaughtering levels year on year, which has helped lift the NZ farmgate price.

Promotion body Beef and Lamb New Zealand puts some of the fall in exports to the UK and the EU down to poorer economic performance in the European market and an increase in demand from China and the US.