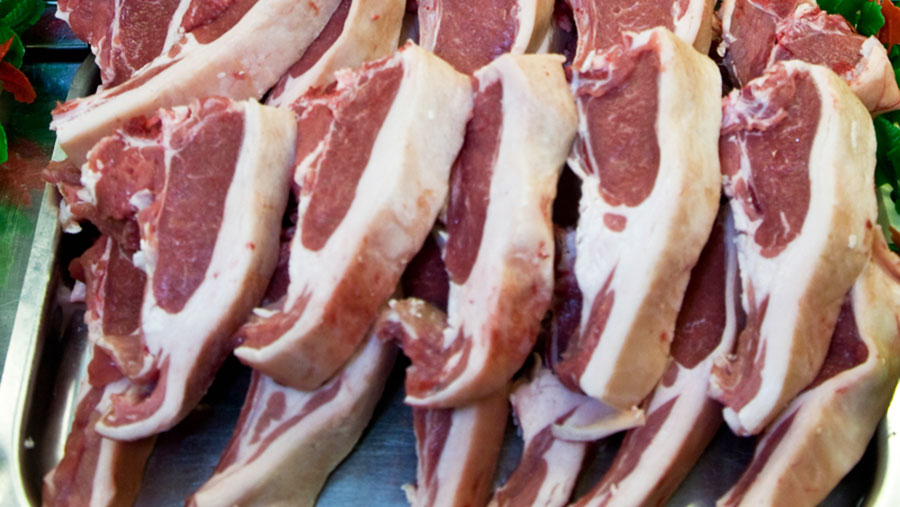 A weakening pound will improve the competitiveness of UK-produced lamb at home and abroad this year, says AHDB Beef and Lamb.

Sheep producers are expected to face less competition from imports this year, mainly due to a fall in production in New Zealand, the UK’s biggest sheepmeat supplier, which accounted for 74% of all imports in 2015.

Overall, sheepmeat imports were expected to shrink on the year by about 3.4% in 2016, said AHDB Beef and Lamb. A weak sterling would also make imports less competitive.

UK producers could also get a boost from exports as a weaker pound made home-grown sheepmeat more competitive abroad. Exports are forecast to rise a small amount in 2016. This could improve again in 2017, with forecast for exports to be up about 2% on 2016.

However, supplies are expected to rise as domestic production is forecast to increase 2% to 304,400t as a result of a large increase in adult sheep slaughterings, which have been low for the past couple of years.

“Maintaining the positive retail sales seen in the second half of 2015, as well as improving export sales, will remain important to how prices develop throughout the year,” said Mark Kozlowski, senior analysts at AHDB Beef and Lamb.

“Other factors such as skin prices, rendering costs and offal exports will also have to be taken into account to optimise returns in the coming year,” he added.

The size of the UK breeding flock is thought to have remained stable in December 2015, while the lambing percentage is expected to have increased in 2016, although there was a smaller carryover from the 2015 crop.

Finished lamb prices in 2015-16 have remained below those of the previous year, but have started to improve in the past couple of weeks.