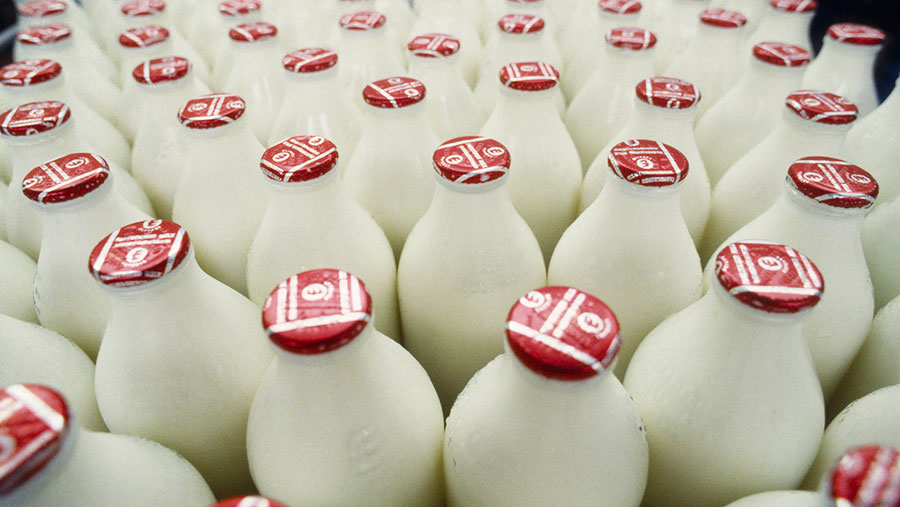 The EU will spend €30m (£24m) on buying European milk for children in war-ravaged Syria.

The cash will come from the €500m (£396m) emergency fund the Commission unveiled in September 2015, aimed at helping crisis-hit food producers.

This scheme could take more than 100m litres of milk, if it was priced at the continental average price of €29.6/100kg (23-24p/litre). This won’t be enough to stop the milk flood currently depressing prices: UK farmers alone produce that much in three days.

But it is one way of putting help for farmers towards a humanitarian cause.

“[It will] support farmers at a very difficult time, while also ensuring we remain fully focused on the major challenge posed by the ongoing refugee crisis.”

The milk for Syria is the latest step in the Commission’s aid package for farmers, launched last year on the day thousands protested in Brussels.

European producers were paid the biggest chunk directly, about €420m (£333m). Other efforts included an expansion of private storage and extra money for promotions.

The EU and its member states have already spent €5.5bn (£4.4bn) on humanitarian help for those fleeing the war in Syria.

Milk consumption among Syrians has dropped off sharply as prices have jumped.

The EU’s new dairy scheme will be a one-off injection on top of previous aid.