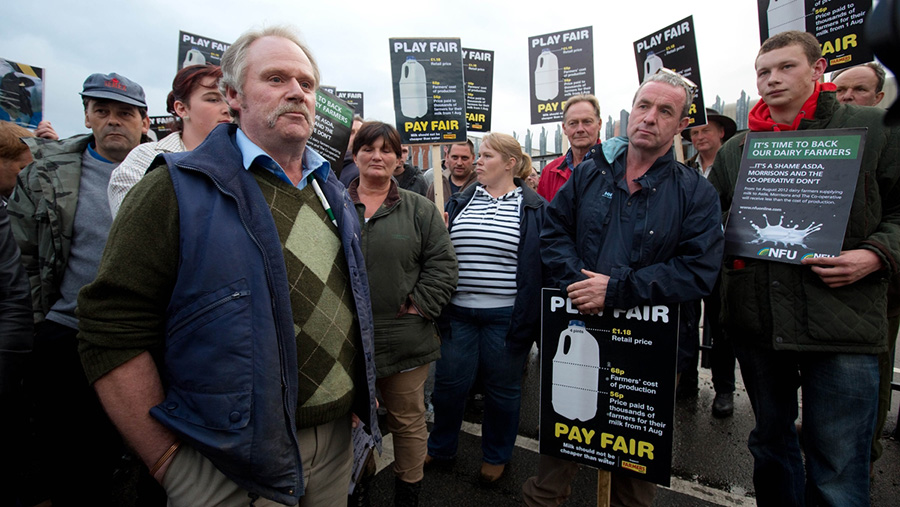 Farmers For Action (FFA) has confirmed its protest march will take place on 23 March in London and will run from Hyde Park to 10 Downing Street.

Until now, while talks have been ongoing with the police and other relevant authorities, the date had only been proposed.

FFA chairman David Handley told Farmers Weekly the date was now definite and they wanted farmers to be at Hyde Park for the start of the cross-sector demonstration by 11am at the latest.

See also: Farmers to march on Westminster in price protest

“There are two options for the route, but it will end at 10 Downing Street where a delegation will go in to present a letter or document. There is a glimmer of hope that David Cameron might be there for us to present the letter, we should find out in the next week.”

Mr Handley said the document to be submitted was not yet complete, but it would call on the government to set out a strategy for the future direction of the agriculture industry.

The industry needed the government to make a clear statement on the way forward and show leadership.

“The government has got to decide whether we are in a free market and there will be casualties or it is going to support British agriculture and consider things like import tariffs to offer protection.”

Mr Handley said support for the initiative was exceeding expectations and was particularly strong in the south-west of England.

If all the coaches that had been funded by sponsoring companies were filled then there would be 2,500 people in attendance and there would be others who would make their own way there.

He acknowledged there were people who questioned what a march would achieve, but said it was better to have tried to do something, than not tried at all given many farming businesses were “bleeding to death”.

“It will put farming right in the media eye again and people in power will see that farmers are not prepared to see their industry frittered away.”

FFA is insistent the march must be peaceful and it expects everyone in attendance to behave in an exemplary manner.