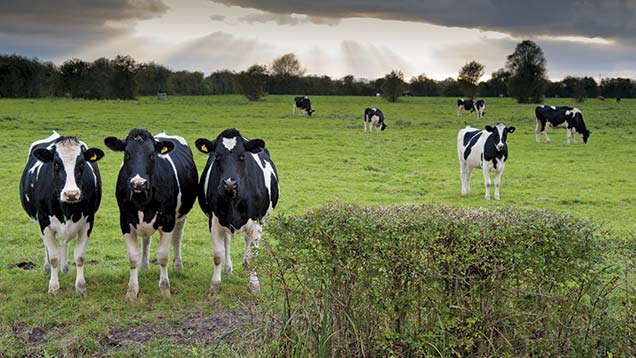 Dairy farmers are bearing the brunt, but low milk prices have wider implications too, according to a food industry professor.

Another week, another price cut. From this week, First Milk suppliers, who have seen another 1p/litre slashed off farmgate prices, now receive little more than half the 30p it costs many farmers to produce a litre of milk.

This is not atypical of the dynamics of the British milk marketplace today. Many dairy farmers are paid less than the cost of milk production. And some argue this is an example of a market in a capitalist economy working properly.

But such thinking fails to recognise that food is different from most other goods that flow between those who control the means of production and those who control access to the marketplace. Food is essential to human survival and we are mistaken to see it as just another commodity.

This is illustrated by the ongoing plight of British dairy farmers, caused by imbalances of economic power in the food system which, if left unchecked, risks the security of our milk supply, among other things.

It is often said that the global food system is broken. In a perfect system, each member of the supply chain would receive a just reward for the part they play in making the system work effectively and sustainably.

Consider that milk, with all the important nutrients it contains, sells in supermarkets for about 44p/litre, when carbonated, flavoured water, which offers little nutrition and possibly increases the risk of diet-related disease, sells at about £1/litre. How is this possible?

The answer is of course that milk is used consistently as an instrument of consumer manipulation by supermarkets, which have achieved almost oligopsonistic powers. Milk is useful. It draws consumers into stores.

But what is the moral imperative that demands that dairy farmers should not be paid fairly for their produce? In today’s supermarket war, the battlefield is the contested space of the human stomach. Their weapon is cheap food intended to fill that space.

But do consumers cry out in demand for cheap milk? Of course not. If they are offered cheap milk they will buy it, but if milk were marginally more expensive in order to benefit dairy farmers, they would still buy it.

The fact that dairy farmers’ livelihoods, and a key part of our nation’s long-term food security, are jeopardised for reasons of retail market advantage would seem to highlight just one point of fracture in our fragile food system.

The topic of fair payment to dairy farmers is an issue of food ethics, principally concerning justice as fairness. It is also a food security issue. Between 1995 and 2012, the number of British dairy farmers fell from about 35,700 to fewer than 10,000 because many could not make milk pay.

Milk supply remained roughly the same over the period, because average herd size increased from about 75 to 126 cows, and yield/cow rose from about 5,400 litres to nearly 7,500 litres. Even so, the loss of dairy farmers is a serious matter.

Every time a farmer leaves farming, we lose an irreplaceable source of knowledge and experience. How many farmers can we afford to lose before our diminished collective knowledge of agriculture threatens our ability to produce food?

In the face of market pressures, survival in dairy farming increasingly means growth and the adoption of a productivist mindset (which has also been encouraged by EU policies). Assets must be “sweated” just as an industrialist maximises the efficiency and productivity of a factory.

In this there are clear dangers affecting long-term food security, as well as issues of environmental ethics and bioethics. Increased productivity from the land over the past 50 years has been achieved mainly through chemical inputs, but there can be unintended consequences.

We know agricultural biodiversity has declined dramatically in the past five decades. Soil quality has also degraded to a worrying extent, and some scientists consider that Britain’s farmland can only support about 100 more harvests.

Apart from sweating the land as an asset, we have also sought to gain more from the cow. Increased productivity a cow and some intensive production systems bring increased risks of undesirable welfare problems, including stress, increased bacterial infection and use of antibiotics, laminitis and acidosis.

Selling food is easy when people have no choice but to eat to live. Producing food from the land is much more difficult. The true heroes of our food system are the farmers. We all depend on their labours, and our existence depends on their continued existence.

But this requires the fair distribution of rewards to all who make the system work. We hope those who exercise the greatest control over the marketplace understand this, otherwise government food policy must serve as a corrective, for all our sakes.