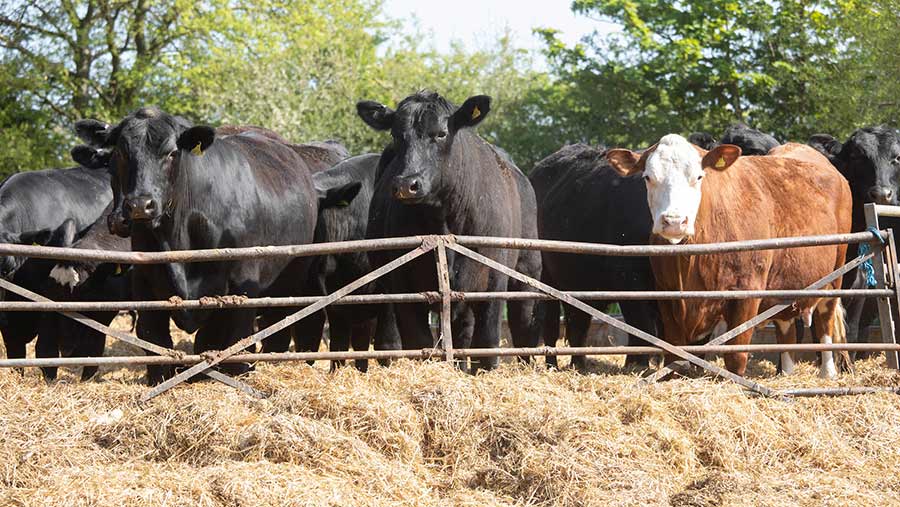 Figures for cattle rose across all classes.

As with deadweight sales, young bulls saw the biggest average increase of 4.24p/kg to 213.6p/kg.

At Harrison and Hetherington’s primestock sale on Monday 26 April, prices peaked at 300p/kg for a Limousin-cross heifer. The heifer was part of a consignment that sold for an average of 274.5p/kg. Steer prices were also topped by a Limousin at 258.5p/kg.

Panic buying was rife and shoppers stocked up on cheap mince as the first Covid-19 lockdowns were enforced. While mince sales soared, top cuts were ignored and built up in cold storage, undermining carcass values.

Since then, consumers have broadened their choice of cuts and the market has gone from strength to strength.

“Even greater volumes have been moving through retail channels,” said Mr Wyatt.

The high demand comes against a backdrop of tight domestic supply. Domestic cattle registrations were slightly down in 2019 compared with 2018, so finished cattle numbers coming through now could remain tight for some time to come.

Beef farmers appear to be capitalising on the lack of supply and high prices by putting forward a greater proportion of younger cattle, Mr Wyatt said.

However, he warned that the firm market could come under pressure as food-service outlets reopen post-lockdown.

“The food-service market is fertile territory for imported beef, and so demand for British product may start to wane,” he suggested.