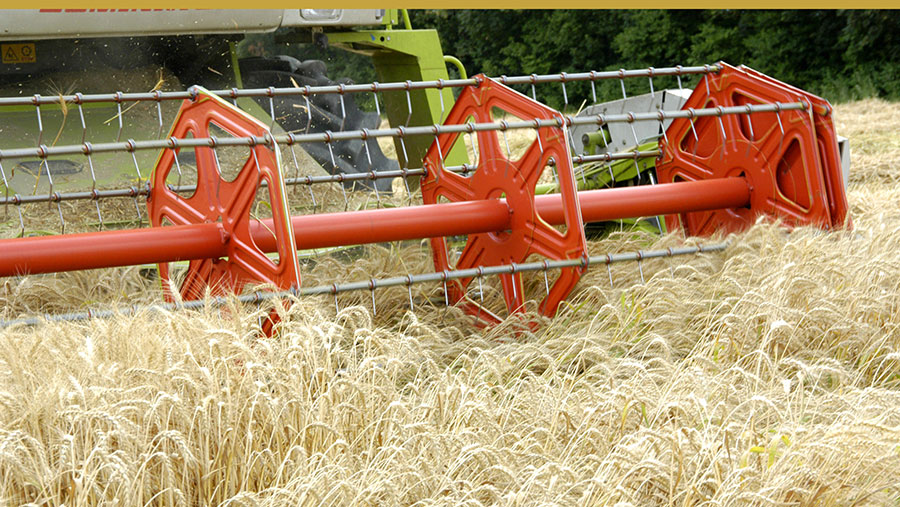 The UK domestic wheat market remains strong and is bucking a global trend, according to grain trade experts.

Prices for May feed wheat futures stand at £144/t, bolstered by the trade for ethanol.

“Rumours that the Vivergo bioethanol plant is to come back on stream have prompted another round of buying,” Mr Lane said.

Those rumours are reflected in a big differential between prices in the north-east of England, close to the Hull-based plant, and prices further south.

May futures have risen to £152-153/t in that area contrasting sharply with figures for Kent at just £140/t.

“Normally we would expect to see a spread of £7-8/t between these regions,” Mr Lane said.

“Stock left on farm in the North is negligible even though the 2015-16 harvest showed a big surplus as it was all used up the following year. By June 2017 stocks were on the bare boards.”

In contrast to the UK, prices on US markets have fallen by $3/t (£2.15/t). This is due largely to an improved weather picture for the growing crop with rain forecast for areas which are struggling with drought conditions.

Meanwhile, the export market for UK wheat has stalled, according to AHDB senior analyst Daniel Rooney.

Ireland, the Netherlands and Spain have been the main destinations for UK wheat this season but exports outside the EU have all but dried up, he said.

“The UK reaching import/export parity at the end of 2016, causing the price of UK wheat to rise, and subsequently curtailing wheat exports to Algeria, was a large driver of this decrease,” he added.

In terms of imports, between July and January this season, the UK has recorded a slight increase in wheat arriving, up 3% to 989,900t.

It means the UK’s balance for wheat is estimated as 2.7m tonnes for the 2017-18 season. This is 15% below last season, resulting in tighter wheat availability this season than last.

“Following strong importing months at the end of the season the UK has ultimately become a net importer.

“Considering this, and the UK’s tighter balance, we could expect to see growing import demand for wheat in the coming months,” Mr Rooney said.