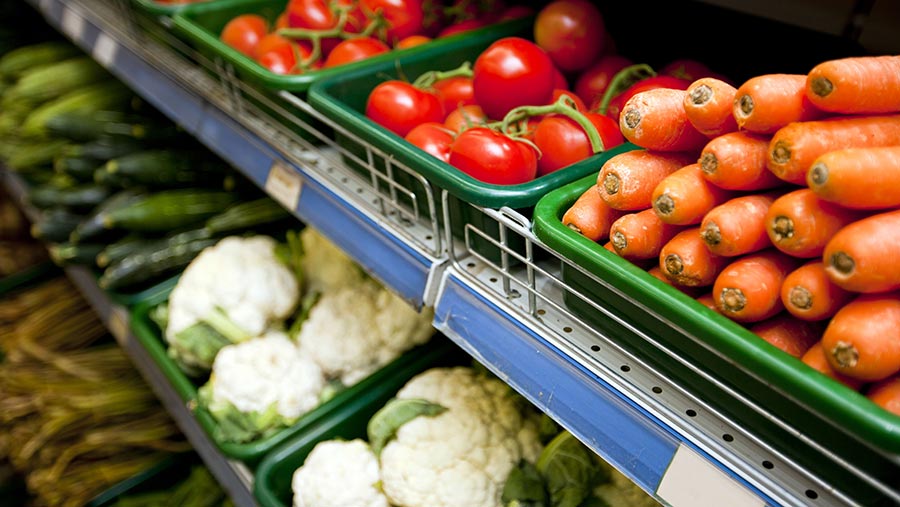 The Veganuary campaign, which encourages people to try a vegan diet through January, contributed to a £46m increase in UK sales of fresh produce during the month.

Cucumber, carrot and berry sales were particularly strong, rising by 26%, 22% and 13% respectively.

Kantar was not willing to disclose the value of January meat sales, which would go some way to measure the potential effect of Veganuary on this figure, as this is information it sells to its own customers.

However it said on a 12-week basis to the end of January, total UK fresh and frozen meat sales were worth £2.4bn, down 2% on the same period a year earlier, or about £200m.

Factors other than Veganuary – for example, the relative value of meat sales compared with year-earlier levels, would also have affected the total sales value.

For the 12 weeks ending 27 January, the total volume of UK grocery sales grew 1.7%, but retail price competition and price changes meant this was worth £1.5bn less at the tills than in the same period a year earlier.

“Looking back on 2018 as a whole, one of the most notable consumer trends is the shift to a more plant-based diet,” said Fraser McKevitt, head of retail and consumer insight at Kantar Worldpanel.

Today, 1% of all households include a vegan, 5% have a vegetarian and 10% have flexitarians in their ranks.