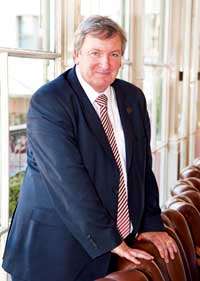 Milk prices have fallen for most of the past year, dairy farmers have continued to leave the industry at an alarming rate, the UK consistently falls short of quota and one of the major co-ops has collapsed. It’s not a pretty picture.

But director general of Dairy UK, Jim Begg, is adamant that today’s problems are a short-term blip and that getting rid of the MMBs in 1994 was the best thing that could have happened to the UK dairy sector.

He is also clear that there was never any choice.

“There were numerous pressures mounting up that made the MMBs unsustainable,” he says. “For example, the EU had mounted a number of legal challenges against the end use pricing system that operated at the time.”

“But what tipped it was the group of producer processors, who used a loophole to withhold milk from the MMB and so undermined the whole system,” Mr Begg recalls.

The pressure bearing down on the MMB was so great that it had no option but to consider proposals that would bring about its eventual demise.

“The government wanted the MMB to create a smaller co-op, which would be able to retain processing capacity and stand on its own two feet in Europe,” says Mr Begg.

But in the end they went for Milk Marque – a large single co-op, which had to hive off Dairy Crest, its profitable processing arm, as well as National Milk Records and Genus.

Mr Begg says that was a major mistake. As a near monopoly supplier of milk, it had huge power in the marketplace, inviting processors to bid for volumes of milk at predetermined prices. With no independent arbitrator, farmgate prices rocketed, topping 25p/litre in 1996, threatening the viability of processors. 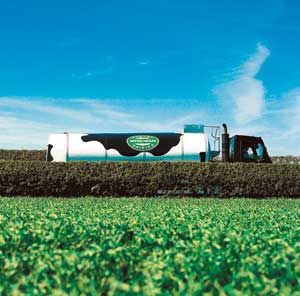 It was only a matter of time before the whole system came under attack on competition grounds. “Processors challenged Milk Marque on 10 allegations of distorting competition,” recalls Mr Begg. “They were found guilty of nine of them.”

The upshot was that, in 2000, Milk Marque was split up into three regional co-ops – Zenith, Axis and Milk Link – since when the dairy sector has continued to develop apace.

The three regional co-ops engaged in mergers with other co-ops to increase their scale, and embarked on a series of acquisitions to develop processing capacity (see timeline below). The major dairies have also expanded and rationalised, to boost efficiency.

Mr Begg is convinced it has been change for the good. “The old milk marketing scheme gave producers and processors a guaranteed margin. They never had to think about things like efficiency, customer service or product development. While the rest of the world was investing for the future, we were just churning out milk, without regard to whether or not a real market existed.”

Things are very different now. “The whole milk market is far more transparent and we have 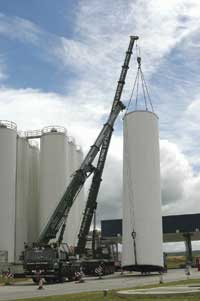 supply chains where people actually talk to each other. There is a greater emphasis on efficiency – both among farmers and processors.

“Processors also place much more emphasis on added value and on promoting their products. We have seen the development of fully integrated processing businesses, as well as dedicated supply chains. And farmers are learning how to get the most out of their contracts.”

Mr Begg says he is acutely aware of the current challenges facing the dairy sector stemming from last year’s collapse in global demand. “But the UK is better placed than most, with the exit rate among farmers the lowest in Europe and prices at least matching the EU average.”

And as the world economy emerges from recession and demand for dairy products increases, the UK is well-placed to take advantage. “Had the MMB had not been abandoned, we wouldn’t have a dairy industry now,” he says. “Instead, we are standing on the springboard to prosperity.”

Test your knowledge of the MMB in our special quiz: