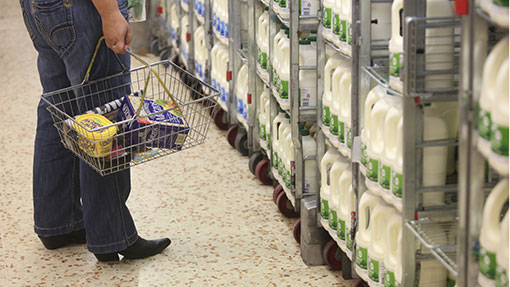 Milk quota prices have started the new trading season at highs not seen since 2007, with leasing values reaching a nine-year high.

Both sales and leasing markets started the new milk year at 2p/litre or more, although volumes were relatively small and values had since eased back, brokers said. With monthly milk production running well ahead of the previous year since last August, some farmers were keen to take some cover in case the UK exceeded quota this season, said Julia Clark from Townsend Chartered Surveyors.

“So many people are milking without having the level of quota they need, having expanded over recent years,” she said.

Some milk buyers were rumoured to be withholding milk cheques from producers supplying more than 5% above their monthly quota levels, although that could not be confirmed as Farmers Weekly went to press.

However, Nick Holt-Martyn, director of The Dairy Group, said he still expected the UK to end 2014-15 1bn litres below quota. Comparing this year, with its good weather conditions, to last year, when conditions were appalling, was misleading. “It’s really a very small risk,” he said.