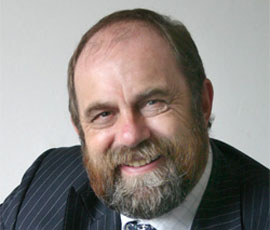 “There’s a huge level of disengagement from the countryside which prevents gifted young people from grasping the opportunities it offers,” Mr Heath said.

“I want more young people to think about farming as a thriving, cutting-edge industry that values the bright ideas talented young people can bring.”

Mr Heath, who recently set up a Future of Farming Group to examine issues affecting new entrants, said it was important for youngsters to speak about the barriers they face.

The group has launched a call for evidence asking people to submit their views on ways of getting forward-thinking graduates into the industry.

Findings will be used by the group to make recommendations about how to make the industry more accessible to young people.

Reporting in the summer, the group will examine the issues affecting new entrants to the industry, such as different entry routes into farming, lack of training and access to capital.

The group is led by David Fursdon, chairman of the South West Rural and Farming Network and a former president of the Country Land and Business Association.

Mr Fursdon said: “We need the brightest and best to take agriculture seriously so that we get more highly-skilled people into the industry.

“But it’s crucial as well that we make sure there are effective mechanisms in place that make it possible for young people to get into the industry and be supported when they start their careers.”

Results from an online YouGov poll found that only 11% of youngsters see farming as the career they’d most like to work in, compared to 51% who want to work as teachers, doctors or lawyers.

The survey also found that 55% of the UK population haven’t visited a farm in the past 10 years.

The call for evidence runs until 5 April 2013. It is open to the public and can be accessed at http://bit.ly/WLXdXs