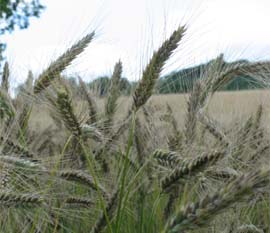 Record numbers of farmers have signed up to Higher Level Stewardship agreements than ever before, according to latest figures from Natural England.

Natural England said the latest round of agreements would be focused on “key conservation options” in priority areas to ensure the scheme had the greatest impact.

“This approach allows Natural England to focus new HLS agreements on the areas where they will achieve the best results, in line with the government’s desire to get the most out of public spending in the farm environment,” a spokesman said.

Jim Smyllie, Natural England executive director, added: “We have seen exceptional demand for HLS agreements, with far more applications than it is possible to fund.

“We’re working to turn as many applications as possible into agreements, which is reflected in the record number we expect to go live in 2011/12.

“As HLS is a competitive scheme, it’s inevitable that some applications will be unsuccessful – I would urge those applicants unable to join HLS at this time to consider whether they could benefit from other stewardship schemes such as ELS or Uplands ELS.”

DEFRA secretary Caroline Spelman said the increase in the number of farmers signing up to the scheme was hugely encouraging.

“I’ve confirmed spending on HLS will increase by at least 80% over the next three years,” she added.

“We’re working to make schemes more effective and better targeted, so that farmers can continue to deliver the greatest possible benefits for biodiversity and the natural environment.”