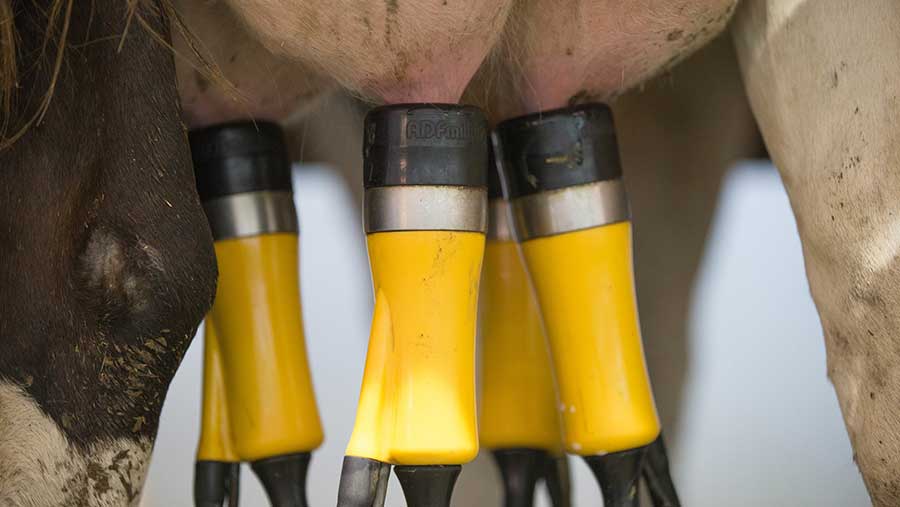 Muller, the UK’s second-largest dairy processor, has announced a 1.5p/litre increase on its standard milk price from 1 August in response to continued rises in the dairy commodities market.

The rise will mean non-aligned producers will receive 27.69p/litre, up from 26.19p/litre in June and July.

Müller said the retailer supplement its suppliers will receive in August will be a little lower than the 0.3p/litre it is estimating they will receive for June and July.

Processors have been feeling the pressure to reverse declining farmgate prices following substantial increases in dairy commodity prices in the second half of May.

Muller’s agriculture director, Rob Hutchison said the processor was less affected by commodity prices as significant investment had allowed it to offer competitive prices at all points of the year, but did hint at further price rises in coming months.

“Against a backdrop of very healthy increases in the market value of globally traded dairy commodities we are now starting to realise improved returns which we can reflect in a higher milk price for August,” he said.

“If the market can sustain these higher values, we are confident that this will help to drive higher farm gate milk prices in the months ahead.

“We will continue to monitor both market returns and our direct milk supply volume and review our position with the [Muller Milk Group] as we move towards the trough period,” Mr Hutchison added.

The price rise has been notified to farmers in line with guidelines.